Madden’s Ultimate Team has always been a big draw since it debuted several years ago. New to this year’s iteration is Madden Ultimate Team Squads. These new MUT Squads will allow you and two friends to team up against another team for three online. You can choose to go in with a team of people you know or matchmake with two other randoms, the choice is yours.

If you want to try out this new mode there are few things you’re going to have to do first. You first have to go through the quick tutorial on how to set up your Ultimate Team. This tutorial can be tiring for returning players since it’s pretty much the same thing from year to year. Once you do that just level up your Ultimate Level enough so you can access MUT Squads.

Once you make it to the MUT Squad Lobbies you will have the option to choose between Head Coach, Defense or Offense. Just pick your role on this screen and then invite two other friends to fill the remaining roles. Each of these roles operate as they sound but there are some caveats. The Head Coach player will use their stadium, head coach card and team uniforms. The Head Coach is allowed to play any position but quarterback and kicker. If there’s ever a penalty in your game then you choose what to do with that as well.

One thing we can warn you about is you’ll see some very unbalanced teams once you get online. You might run into a high powered offense but a terribly rate defensive lineup. This will likely be more of an issue if you are going into random matchmaking. If you are playing with friends then you should have a good idea of who is good at what and who has the best roster for a given situation. 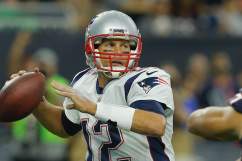