Miiverse will be discontinued on November 20, 2017, according to Nintendo’s official Japanese support site.

Miiverse was a community program on the Nintendo Wii U and 3DS that allowed users to share messages, screenshots, and even drawings with each other in communities centered on different games. Some of the messages were even incorporated in games, such as the ones found in Inkopolis in Splatoon (which lives on in another form in Splatoon 2). The service launched on December 8, 2012, almost a month after the release of the Wii U.

The post apologized to customers who used the service regularly. They also thanked them for their patronage over the years.

Nintendo will offer a service that will allow Miiverse users to download their posts on Miiverse through the website version of the service for a limited time. Details will be announced at a later date through Miiverse itself.

Access to Miiverse as well as posting and viewing messages will be completely unavailable. Games that incorporated Miiverse messages will no longer display them. Games affected include Super Mario Maker, Yoshi’s Wooly World, Splatoon, New Super Mario Bros. U, Pokemon Art Academy, and Super Smash Bros. for Wii U and 3DS.

Here’s a more specific breakdown of what will disappear in games without Miiverse:

Coming this November, the great Miiverse massacre. Seriously though, dang at those disappearing features. pic.twitter.com/egLYHEOeNo

In other Nintendo news, special editions for Pokemon Ultra Sun and Moon and Fire Emblem Warriors were announced. Fire Emblem Warriors also got an official release date of October 20, 2017. The mythical Pokemon Marshadow is also available for download via a code distributed by GameStop stores from October 9 to 23 and comes with an exclusive move and Z-Move. 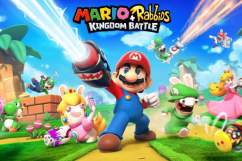