No Man’s Sky was perhaps one of the biggest letdowns of 2016, as developer Hello Games never seemed to strike the right balance between gameplay and pure exploration. Now, over a year later, a new update has dropped that seeks to bring 30 hours of story missions and lore, deeper space combat, a more complex universe, and new planets for players to explore. Aiming to deliver the promises that the original game failed to meet, this could be the shot in the arm that No Man’s Sky has desperately needed.

Here are 5 Fast Facts you need to know about the  No Man’s Sky 1.3 Atlas Update:

Visually, No Man’s Sky has had its environment upgraded with high-resolution textures, which includes a variety of different in-game items, creatures, and planets. The UI (User Interface) has also received a number of changes to help streamline processes and remove some of the clutter. Players can now look over a Mission Log to see what ones that have pending or currently tracked. An in-game guide has also been added in order to help players along their journey and you can now see your progress on Journey Milestones.

Additionally, the Analysis Visor will now offer better rewards for scanning Flora and Fauna, along with more information about every discovery. More information will be shown with each scan and new upgrades have been added to enhance the visor’s capabilities. 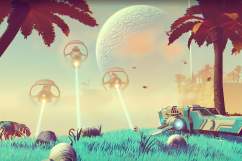 How to Rename Planets and Wildlife in ‘No Man’s Sky’

2. A New Story Has Been Added

One of the most talked about additions is a story mode that focuses on a mysterious new race of aliens that have suddenly appeared. Hello Games are boasting over 30 hours of story or lore related content for players to uncover. Players will learn the secrets behind the World of Glass, Sentinels, Abandoned Building logs, the meaning of sixteen, and the Redemption of Gek.

This will be made easier by the new Portal system, which acts as quick travel hubs so you can warp to virtually any planet you’ve uncovered. However, in order to use it, you’ll need to figure out the language embedded on the portals and a glyph system. You can also use these portals to randomly transport to a new world. 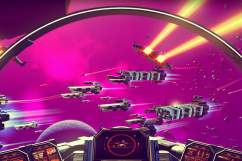 3. Economy, Trading, and Exploration Have Been Enhanced

Even the universe itself has received some major changes, specifically a regeneration system that adds conflict, wealth, and economy. This allows players to see how dangerous a galaxy can be before venturing to it, along with other key information like who the dominant species are. Waypoints have also been improved and players can now filter their map by a variety of different options.

Players can now raid giant crashed freighters on planets for valuable resources and can even sculpt the terrain itself with a new Multi-Tool enhancement. This allows a user to mold the world around them, adding more depth to the base building mechanics in No Man’s Sky. Trading is now far more complex with various galaxies having both weak and strong economic advantages. There is a tiered crafting system now and players can actually extract valuable resources from a planet’s atmosphere itself via Gas Harvesters. 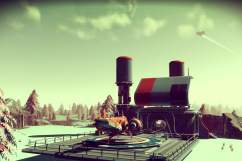 How to Buy and Sell Items in ‘No Man’s Sky’

4. Space Combat Has Been Drastically Improved

For those looking for more action, the space combat component of No Man’s Sky has also been adjusted. The A.I. itself has been adjusted, along with new difficulty settings for those looking for more challenge. Ships can now dog fight in low atmosphere settings like a planet’s surface and ships now carry rockets to deal additional damage. Flying your spacecraft has also been altered to add more skill to the raw gameplay and users can even hail pirates via a communicator before the battle begins. New ships have also been added just in-case you wanted something different to fly around in. 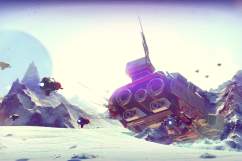 ‘No Man’s Sky’: What is Anti-Matter and How to Obtain It

5. Limited Multiplayer Has Finally Been Added

One of the most requested features since the game’s launch, a limited multiplayer component has been added to No Man’s Sky. Players will be represented in -game as floating orbs of light and only 16 can be around at any one time. Yet, players now have proximity voice chat and can explore various planets together. Hello Games noted in their post that this is a strong first step to “synchronous co-op,” so it appears more content will be on the way. 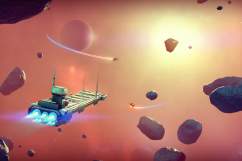 ‘No Man’s Sky’: What is the Atlas Pass and How to Get One