The #PokemonUltraSunMoon Veteran Trainer’s Dual Pack will be available Nov. 17th. It includes both games, 16 art cards, and more! pic.twitter.com/1VaoutVfoP

The pack includes both Pokemon Ultra Sun and Pokemon Ultra Moon as well as 16 art cards and more. According to a press release, you will also receive a digital download card for 200 Poké Balls. The dual pack is priced at $79.99.

Nintendo is also offering players a Rockruff that evolves into Dusk Form Lycanroc for buying the game between the game’s release date of November 17, 2017 and January 10, 2017. The Dusk Form will reflect the characteristics of both the Midday and Midnight Forms of Lycanroc; it learns both Accelerock and Counter and has the ability of Tough Claws which boosts the attack of moves that make direct contact.

Nintendo also announced that you can obtain the mythical Pokemon Marshadow for Pokemon Sun and Moon via a code found from GameStop stores from October 9 to 23. The ghost/fighting type pokemon comes with the move Spectral Theif which steals the stat boosts of opponent Pokemon as well as damages them. It also has the ability Technician and a Z-Crystal to activate its exclusive Z-Move. Code for a Salazzle is also being offered at GameStop stores from now until September 4.

Pokemon Ultra Sun and Moon are enhanced rereleases of Pokemon Sun and Moon which released on November 18, 2016. The Ultra version will feature new gameplay features, an alternate storyline, and new forms for Pokemon.

In other news, Nintendo of America also announced the special edition for Fire Emblem Warriors, which includes 3 CDs, a dual-sided poster, and 25 character art cards. Nintendo of America also revealed the game’s release date for Nintendo Switch: October 20, 2017. The Omega Force developed game takes Fire Emblem characters and places them in the gameplay of Dynasty Warriors, featuring mechanics from the Fire Emblem series like the weapon advantage and support conversation mechanics incorporated into the hack-and-slash gameplay. Omega Force gave the same treatment to The Legend of Zelda with Hyrule Warriors for Wii U and New 3DS. 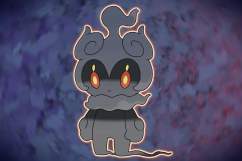