Publisher Rockstar Games are having a sale on beloved games on the PlayStation Network and Xbox One storefronts.

The sale only lasts for one week. You’ll also get an extra 10 percent off all the games in this sale if you’re a PS Plus member. Here are five of the best deals you should take advantage of.

One of the most beloved open world sandbox games out there, Grand Theft Auto V only got better with its move to the PS4 and Xbox One. The eight generation edition of the game comes with updated graphics and new features like first-person mode and the Rockstar Editor allowing people to create their own movies. The game is currently 40 percent off on PSN ($35.99) and 50 percent off on Xbox One ($30.00).

Buy it here on PSN and Xbox.

Here’s the links for PSN and Xbox.

Take the great storytelling you’ve come to know from Rockstar and set it in a high school and you have a cult classic. You can get it on PS4 for 30 percent off ($10.49) or get the Scholarship Edition for Xbox 360 for 50 percent off ($7.49).

Buy it on PSN and Xbox.

Get the wild west open world game in preparation for its sequel, Red Dead Redemption 2, coming soon. The Xbox 360 game is 67 percent off ($9.89) and is playable on Xbox One.

Max Payne is one of the most influential shooters, with its Bullet Time mechanic and film noir style. You can get it on PS4 for 30 percent off ($10.49). 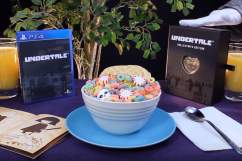 Read More
Games, Grand Theft Auto V, PS4, Shopping, Xbox One
wpDiscuz
0
0
Would love your thoughts, please comment.x
()
x
| Reply
Rockstar Sale on PS4 and Xbox is putting some of the most classic video games ever on sale including Grand Theft Auto V. Here are five of the best deals.