The updates and free DLC are just rolling in fast in furious for Splatoon 2. In what feels like just a few days ago, Nintendo has added not just one weapon but two for Splatoon 2. This latest weapon will be arriving just in time for tonight’s Splatfest.

The new weapon, called the Sploosh-o-matic will be arrive tonight at 7 p.m. PT / 10 p.m. ET. This means players will have a few hours to mess around with it before the start of the Splatfest. The weapon itself resembles a horn and we’re interested to see how it works in-game. From the looks of things, it looks like it will be spreading ink around in a hurry.

The Sploosh-o-matic isn’t the only thing special about this Splatfest. Nintendo is also introducing a new map called the Shifty Station. This new map is unique in that it can transform itself from Splatfest to Splatfest. Another thing that’s unique is that it will be exclusive to Splatfests, at least for the time being. This means players only have a day or so to learn the map so everyone should be on equal playing ground whether you started playing Splatoon today or at launch.

If you’re a fan of free content, you’ve picked the right game. Nintendo has promised to offer free DLC after launch for a long time. Nintendo is no stranger to this either as the company is also doing the same thing for their new IP ARMS.

Many would argue that Splatfests are what keep Splatoon going and Nintendo is also supporting those for at least two years after launch.

The only question that remains at this point is what team will you be representing in tonight’s Splatfest? It’s a battle of ketchup and mayo, who will reign supreme? Let us know what side you’re repping in the comments below. 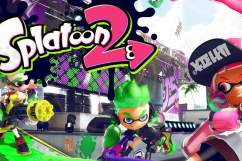