The International 2017 day two is over. Group A was downright volatile today. I’ll be honestly I was wrong about some things, even about Fnatic. Let’s see how the standings have changed;

In lieu of going over each series I want to talk about each team individually and where they go from here. Let’s start at the bottom;

So Fnatic won a game today. They have a single point in the standings so technically they’re still alive in the group. Team Empire is probably their best bet for a tie.

Getting a split against TNC Pro Team was commendable and to be fair, TNC are probably capable of sweeping Team Empire. It’s vital for Empire to salvage a point out of a losing match-up so today was a sort of successful day. Empire’s first series today was a stomp and they were firmly out drafted in both games. If Team Empire can improve their drafting strategy they’ll be in fine shape to get to the bracket stage. Good luck in the lower bracket comrades.

Losing to Team Liquid was a given, no shame in that. Judging from Day 1 I would have figured Infamous capable of sweeping Fnatic like everyone else. I would not have guessed seeing Bristleback and Monkey King could be as surprising as it was. Losing in roughly 27 minutes can be extremely demoralizing, especially for a team that already has to work so hard for it’s wins. Tomorrow could be downright miserable for Infamous if they’re not able to move on from today.

I have to hand it to Team Secret for being consistently inconsistent. They followed a 25 minute stomp with a 64 minute epic loss. Team Secret can be a highly skilled team at times and they are capable of a solid drafting. I do see potential in this team but their current course is the lower bracket. Even then they would need a lot of luck in determining who they play.

I like this name for iG Vitality because I honestly believe iG Vitality will act as the gatekeepers into the top 4. Anyone who can beat them easily should probably be in the top 4. They could use a sweep against Team Empire and should expect a sweep against Fnatic. Against TNC Pro Team I’m expecting a split series.

#4 TNC Pro Team, Our Wings Only Melted a Little Today

TNC only played once today and they did not impress. Team Secret have split four different series already so it’s kind of expected that they split again today. TNC would be lucky to split two series tomorrow and only lose one.

#3 Evil Geniuses, We Really Want to go The Upper Bracket

Evil Geniuses looked great in their wins today. I cannot get over good well that Naga Siren pick was. I want to see more of this EG team tomorrow, they belong in the Upper Bracket and I feel a whole lot better about calling them contenders to raise the Aegis now.

LGD Gaming & Liquid traded blows today and it was extremely entertaining to watch. Watching LGD lose to iG Vitality was not. Hopefully their series against iG Vitality was a hiccup because tomorrow LGD have a difficult match against Evil Geniuses.

#1 Team Liquid, Uneasy Lies the Head That Wears a Crown

The sweep against Infamous how a team that wants to win Group A would play at this point. Infamous are not the caliber of team that Liquid should be worried about and they were dispatched accordingly. The split versus LGD is alright both teams traded relatively easy wins. Liquid have what looks to be an easy day tomorrow and two more sweeps should cement their top spot. 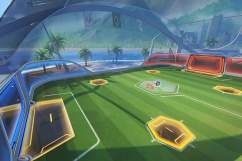