Day three is officially over! Today was ridiculous, lets get into the standings;

In lieu of going over each match I’ll go over each team individually based on where they finished in the standings today.

#9Fnatic, Technically We Haven’t Been Eliminated

Despite not winning a single game today Infamous are still alive in Group A and will probably move on to the lower bracket. I don’t think its realistic to expect a victory in their first elimination game. It might sound presumptuous to assume Infamous will advance out and Fnatic won’t but tomorrow Fnatic will face Evil Geniuses. EG would love another sweep to ensure a better seeding. Meanwhile Infamous face an iG Vitality team that they are more than capable of splitting the series with.

#7 Team Empire, We Will Totally Spoil Your Bracket Predictions

#6 iG Vitality, The Gates Are Open

So my idea about iG Vitality being gatekeepers was false, they split every single series today. Honestly that’s a fine way to think about iG; not that bad and not that good; just even. iG had a brief moment where it looked like they might make waves; but after that series against LGD they just evened out again. It’s possible iG have an upper bracket seed at the end of tomorrow. iG are just as capable of sweeping Infamous as Team Liquid are capable of sweeping Team Secret. Honestly I don’t see the point in an upper bracket seed for iG, in the end they’ll just be a less talented version of TNC. Same region, equally inconsistent but iG have a lower ceiling in the upper bracket. I expect them to be upset in the lower bracket unless they show show urgency tomorrow.

I cannot stress how great YapzOr’s Rubick was in game two against Evil Geniuses. MidOne was having a frankly awful time on Invoker and there was no way Team Secret were going to with a single core. YapzOr stole Echo Slam, Mass Serpent Ward, Time Walk & Chronosphere; all at different points throughout the game. His use of Time Walk to immediately escape a gank and help his team reengage. I think that Rubick is ban-worthy and that’s important for Team Secret to establish picks like Rubick if they want to find success in the upper or lower brackets. Team Secret play Team Liquid tomorrow and they should be able to split the series if they improve on today’s performance.

#4 TNC Pro Team, Truly We Have Fallen to Earth

TNC Pro Team probably have a better chance against LGD Gaming than Team Secret against Team Liquid. TNC didn’t do that poorly today but I never thought that TNC would keep the ranking they had before today. TNC control their own destiny, it only takes one victory for them to guarantee an upper bracket spot. I doubt TNC’s ability to win a series in the upper bracket but it will give them more time to prepare for their lower bracket destiny.

I love watching Evil Geniuses. Suma1L’s Earthshaker is so much fun to watch and Naga Siren is a must-ban against them. EG got out drafted and out played in game two. After tomorrow they should try to tighten up their draft phase in preparation for their upper bracket matches.

#2 LGD Gaming, One Step From Greatness

Today started well for LGD with a solid sweep of Infamous. Their series against Evil Geniuses went fairly well, split series. I can’t single out any one or two individual heroes that LGD perform particularly well one to force a ban out of other teams. I do think LGD are the most likely team to lose in the upper bracket then go on to lose immediately in the lower bracket.

Their split against TNC is the only thing that could jeopardize Liquid’s top seed. Still Liquid’s destiny is in their own hands tomorrow, a single win is all it takes to guarantee their top spot. Team Liquid are capable of a run in the winners bracket. Liquid have shown a huge amount of versatility in their drafts. I am very excited to watch Team Liquid in the upper bracket, they have the skill and consistency to make a deep run. 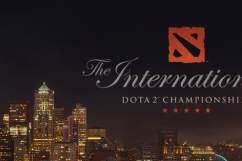