Uncharted: The Lost Legacy is the newest story set in developer Naughty Dog’s hit action/adventure game series. Set some months after the Uncharted 4, Lost Legacy aims to tell the story of both Chloe and her partner Nadine Ross. Players will venture to Western Ghats during a bloody civil war in search of an item called the Tusk of Ganesha from a warlord. Users will not take control of the normal franchise hero Nathan Drake, which is a first for a major entry in the series.

The combat will largely unchanged, as users will not only have to solve puzzles, but take part in elaborate shootouts both at long and close range. However, many are wondering if you actually need Uncharted 4 to play The Lost Legacy and the answer is No. This is treated entirely as a separate game, so it doesn’t matter if you’ve sold or not purchased Uncharted 4. While the game was originally planned as DLC (Downloadable Content), this is no longer the case. For those looking to buy this title, it will run $39.99 at launch and will only be available for PlayStation 4.

Despite being a standalone entry, this is shaping up to be one of the best titles in this series.Currently, Uncharted: The Lost Legacy is sitting at an 86% on Metacritic with many critics praising the unique story and exploration of characters like Chloe. For those looking to take part online, have no fear as The Lost Legacy offers users access to the multiplayer portion of Uncharted 4. This includes both the Survival and competitive multiplayer modes. 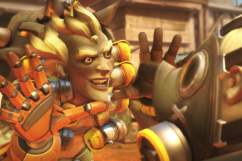