Update – the full archived press conference is down below. Plus Xbox One X pre-orders have officially opened up! You can head straight to the pre-order page right here. Feel free to also tune into the special Age of Empires at Gamescom 2017 live stream below.

Gamescom 2017 is going be the hot news item of the week for gamers.

Starting on Tuesday, August 22 and ending on Saturday, August 26, the major German video game expo hailing from Cologne will shine the light on several AAA and indie developers/publishers. Before everything officially kicks off, Microsoft will be up first to present an exciting event. On Sunday, August 20, the Xbox brand will be represented in full via big announcements and updates on previously announced games.

The biggest reveal that Microsoft has been alluding to is its official breakdown of the pre-order info regarding the Xbox One X. The Xbox at Gamescom 2017 live event is set to be hosted by two brand ambassadors – Graeme Boyd and Xbox Germany’s Maxi Graeff. You can expect to see more footage from 1st-party titles such as Forza Motorsport 7 and Sea of Thieves, plus there’ll be plenty of giveaways on deck.

Hopefully, we all get to see more gameplay from Cuphead, State of Decay 2 and upcoming indies. Chill right here with us and join in on all the Xbox festivities emanating from Gamescom 2017. 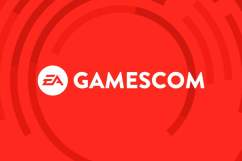