According to a press release sent to Heavy, Activision partnered with music streaming service Spotify for the first time to hide audio messages in maps featuring in-game character voices from the campaign’s cast. The codes found in the screenshot above are meant for the community to decipher using the Spotify mobile app. If players find the five-letter code, they can enter it into the Call of Duty: WWII Classified website for an exclusive in-game Calling Card for when the game releases on November 3, 2017.

YouTuber PrestigeIsKey was able to find the secret behind the codes hidden in the game on August 27. If you take the bar codes and scan them into Spotify, you can hear the audio recordings, as reported by Charlie Intel. You do so by going to the search tab, tapping the camera icon on the top right, and scanning the code.

You can check out the audio files by scanning the bar codes in the screenshot at the top of this article, or by clicking the links below:

Call of Duty: WWII takes the series into the battlefields of World War II. In addition to weapons and locations appropriate for the time period, the game features a new game mode called War which tasks players with attacking or defending objects on the map across four different stages.

The last Call of Duty: WWII beta was on September 1 through September 4. Both the zombie mode and the new campaign was not available, just the multiplayer with several modes, gadgets, weapons, perks, and classes to choose from.

Check out our impressions of the multiplayer beta by clicking the link below. Our reporter really enjoyed the gameplay and the changes to the formula that came along with it. 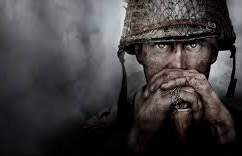 Call of Duty: WWII Beta – Blast From The Past