Destiny 2 is full of post-game content, however, one of the most difficult is the weekly Nightfall. Acting as a much more dangerous and difficult version of an existing Strike, players will be required to beat this activity in under 10 minutes. There is a catch to this, as users can actually earn time back by killing the enemies they come across. You will earn 2 seconds for killing standard enemies and 7 seconds for anything ranking higher.

This weeks modifier is Prism, which will rotate between Void, Arc, and Solar elemental burns. Each one lasts about a minute and all player weapon and abilities will have increased damage if they match the current element. If you do use an element that is not currently selected then you’ll receive a severe damage reduction. Additionally, enemies are not affected by any elemental burn and will simply do normal damage.

Here’s how to beat the Arms Deal Nightfall in Destiny 2: 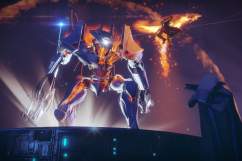 Destiny 2: How to Beat the Inverted Spire Nightfall

Remember, you need to be at least 230 to compete in the Nightfall activity, but the game recommends that you’re over 240. This isn’t really necessary unless you’re going for an item like the Rat King sidearm. Our fireteam consisted of two people at 230 and one around 250, so don’t feel required to be over the recommendation.

When you start the Nightfall quickly rush to the first area and blow up the yellow barrels by the group of Cabal and Fallen. This, combined with a well-placed grenade, can easily wipe them out and add around thirty seconds to your clock. Unlock the door and head outside, making sure to stay to the right side of the wall.

Don’t panic about the time and simply focus on killing as many enemies as possible. Only go for higher toughness enemies when you can deal the extra damage via the elemental modifier. Also, make sure to kill the three Fallen snipers in the back otherwise they will become a serious issue. Now choose someone with a good enemy clearing Super like Dawnblade or Stormcaller to cover who every carries the reactor core. Activate your Super and use it to kill all the enemies.

This will not only clear some space for you but give your team a bunch of orbs to fuel their Supers. Make your way to the ship and then head up inside until you reach the large hanger with two tanks. These tanks do not add any time to your counter but must be killed to progress forward. Use Supers and Power weapons to quickly dispatch them via shooting the four jets holding them afloat. Kill all the enemies and then make your way to the room where the boss and his soldiers wait.

Target the Servitors floating around first since they can shield enemies around you and disrupt your attack plans. After they fall, focus on the turrets by the boss and kill the remaining minions around him until he completely retreats to the top floor. When you approach the lift throw the switch as soon as possible, hop on, and kill all the aliens lurking about. Be careful because a Cabal drop pod will arrive in the back left corner of the lift when you reach the 1/4 of the way up.

The boss fight itself is fairly straightforward, but managing your Supers and Power weapon ammo will be key. We saved our Supers for the waves of enemies (more specifically War Dogs) that will come out after the Cabal leader jumps off his perch the first time. Alone this big guy isn’t that hard to beat, which is why is always summons dozens of foes with him. Using your Supers and abilities for these enemies will not only save you a lot of time (literally) but make your engagement so much easier.

After he jumps off his perch for the second time throw everything you’ve got at him until he falls. Make sure to not get close to him as his stomp does an insane amount of damage, along with a powerful knockback effect. Try to keep the fight contained to the back platforms, as they allow you to focus your fire and provide enough cover.

The real trick to this Nightfall is constantly having at least one Super up at any time to clear a wave of enemies. Arms Deal has some serious moments of downtime that do nothing but waste away the clock. Being able to remedy this loss by quickly clearing a room is key. For the Prism modifier specifically, we ran a team that had one subclass of each element to ensure we could make the most of any situation.

As for weapons, try to make up for your subclass shortcomings in terms of elemental effects. So if you are running the Sentinel class, consider carrying an Arc and Solar weapon to when the type switches you aren’t left floundering. If you have it the Cold Heart does a stupid amount of damage when the Arc burn effect is on. Our team ran two and it burned right through the bosses health bar. However, if you don’t have this weapon consider elemental sniper rifles or rocket launchers.

You will only have about a minute to abuse the elemental modifier, so high impact, powerful guns should always be used. Remember, Kinetic weapons are not affected by any of the elemental changes so try to have at least that weapon leveled up. Ideally, it should only be used as a fallback item, but it can be handy for normal opponents.  We made it to the boss with a little over six minutes to spare, so try to aim for at least that.

It may take a few tries, but once you get the rhythm down of swapping between weapons and Supers it should be much easier. There will be no indication whether the burn is Arc, Solar, or Void outside of a small message displayed in the bottom left corner of your screen. Always check this, because you can easily lose track of what the element of choice is in all the chaos. With some luck and perseverance, you should be able to dominate this tricky Destiny 2 Nightfall. 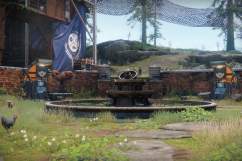 Destiny 2: Where to Find Your Veteran and Beta Rewards