Tuesdays are typically the big day for video game releases, save for Nintendo titles that traditionally releases on Fridays. This Tuesday is different because it falls on what we’ve decided to call Destiny 2 eve. Bungie’s sequel to the smash-hit Destiny will likely be one of the biggest games of the year so it’s possible other publishers have decided to let Bungie have this week and move their titles to later weeks.

As a result, the only notable release coming today is the follow-up to the maligned PS4 launch title, Knack. It wasn’t that Knack was a terrible game, it was just that players were expecting more to launch with Sony’s new hardware instead of a simple platform. Knack kind of caught a bad rap because of that.

Knack II is a first-party title so this game will only be gracing the PS4. Knack II puts players in control of title character of, you guessed it, Knack as you kick, punch, change size, deflect projectiles and do other things as you cruise for the story.

Knack II features a skill tree that will be used to level up your abilities as you progress through the game. If you’re interested in trying it before you buy, a demo is available. Here’s the description of the game as found on the store page.

Meet Knack, a little guy with surprising moves and the ability to transform from big to small and back again in this family-friendly adventure from the developers at PlayStation.

Surprising Abilities
• Over 20 awesome moves including boomerang, whip rush, sword, multi-bomb and body slam
• Grow to the size of a building or shrink down to just two-feet tall
• Jump in a tank or robot and control it – or just destroy them
• Collect relics to power up and smash your way through hordes of enemies
Family Friendly
• Seamless co-op mode so you can play together whenever you choose
• Accessible gameplay for kids and challenging gameplay for adults
• Pick up and play or sit down for a Knack marathon
Adventure & Puzzles
• Save the world from a villain who’s reviving ancient weapons and enormous titans
• Vibrantly colored world with stunning graphics
• Puzzles for varying skill levels

You can purchase Knack II here for $40.

If you’re interested, Lego Worlds for the Nintendo Switch releases today as well. Although it is out on every other console, it might interest you more now since this version will be fully portable thanks to the Switch. The physical copy will be $40 while digitally will just be $30. Although you will get some DLC packs included if you opt for the physical version.

Next week will, and even this Friday, will be a bigger day for games. Destiny 2 will likely take the crown this week but that doesn’t mean another game has a chance to take the title next week. The rest of the month doesn’t have Destiny 2 releasing every week so we’ll likely be seeing a wider selection of games next week.

Until then, we hope you’re a fan of Knack because that’s what you’re getting. 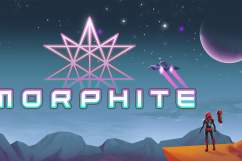