Shovel Knight is a game beloved by many for bringing classic 2D gameplay of the Nintendo Entertainment System era to the modern era. Fans have been wondering if the developer, Yacht Club Games, would give the same treatment to 3D platformers of the Nintendo 64/PlayStation era for a “Shovel Knight 3D” or “Shovel Knight 64.” Well we just got a bit more evidence pointing to a 3D sequel today.

Yacht Club Games updated the job listing page on their website, adding a position for “Senior 3D Art Generalist.” Here’s the description for the job:

We’re on the lookout for an experienced artist to help out future projects! You’ll be a core and integral part of the Yacht Club Games team: responsible for developing in-game art assets. The perfect candidate will demonstrate skills in creating environment art, character art, VFX, UI, and more. You should feel comfortable working together on a small team to define, create, and lead the art for Yacht Club Games projects.

The developer is also looking for experience with 3D animation, knowledge in modern rendering techniques, and proficiency in 3D software such as Maya, ZBrush, Mudbox, 3ds Max, and more.

This is exciting news because many people at Yacht Club Games have expressed great interest in creating a 3D platformer based on Shovel Knight. Nick Wozniak, pixel artist for the team, said in an interview with Fansided that the team would love to work on a platformer based on Super Mario 64 as that was one of their most influential games.

I think one of the things we want to work on in the far future is definitely like a Shovel Knight 64, a 3D platformer. We would all love that. We all love Mario 64 to pieces and would just love to be able to jump into that.

The titular Shovel Knight did make a cameo in Yooka-Laylee, a 3D platformer developed by the people behind Banjo-Kazooie and Donkey Kong 64. When this was brought up in the interview, Wozniak said that the hypothetical Shovel Knight 64 would be less of a collect-a-thon like Banjo-Kazooie and incorporate more of the stage exploration in Super Mario 64.

However, he said that the team hasn’t worked on a game like that at all. The team is starting new things but they’re really early in the process so there’s not much to talk about. He also said that the team also desires to do more than just Shovel Knight.

We don’t want to just be “the Shovel Knight company.” We’re developing something new right now that hopefully will be as big or bigger than Shovel Knight.

Other members of the development team have expressed interest in a Shovel Knight 64. In a Reddit AMA by the team, Programmer and Developer David D’Angelo said that they were “dying” to bring Shovel Knight to 3D.

We very much want to make that transition, the same way Mario and Zelda and so many classic games had to. We are all also very obsessed with Mario 64, and we would hope to one day make a 3D platformer as fun, engaging, surprising, and thrilling as it! In many ways, it is a style of 3D platformer that hasn’t really been explored since. Most 3D platformers went the collectable route instead.

When asked about a Shovel Knight in the style of 16-bit games on the Super Nintendo Entertainment System, Developer Alec Faulkner said “sure, why not!” Faulkner also expressed his love for Super Mario 64 on the AMA, saying that he thinks about it 24/7.

…it works so well on a small scale (individual action encounters are interesting), and a large scale (courses are broad and always interesting to explore and run around in), it’s got a solution for nearly any type of design problem! It’s also got an incredible depth for mastery to keep you coming back, and it’s a really fast game! It respects your time in a way that so many games don’t.
We strive to make sure all that comes through in our game design too!

So the long and short of it is that a Shovel Knight 64 could be a very real possibility based on the recent job listing and how much Yacht Club Games expressed their desire for such a game. At the very least, it’s an indication that the development team is branching off from 2D to 3D games. Whether that leads to a Shovel Knight 64 or something else entirely is yet to be seen.

If you’re interested in joining the team as a Senior 3D Art Generalist, you can apply here. 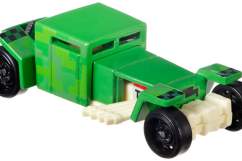