Sonic Mania was released on PC on August 29, 2017. You know what that means! That means a bunch of talented people have made mods for the game. While most of them don’t really make the game play any better, they definitely make things a little more interesting.

Here are 10 mods you need to try out.

Here’s instructions on how to install mods:

1. Download the Mod.
2. Go to your Mania install directory, which is here by default:
“C:\Program Files\Steam\steamapps\common\Sonic Mania”
3. Make a backup copy of Data.rsdk
4. Replace the original Data.rsdk with the downloaded one.
5. Play!

You know how in Metallic Madness there’s a laser that makes you tiny for certain parts of the level? Wouldn’t it be cool to be tiny all the time? Well this mod from TSININY does just that. You’ll notice that the heroes still retain all their powers even in small form, making them playable for many parts of the game. I say “many” because at least one comment said that you couldn’t pass through certain parts of Stardust Speedway and Flying Battery.

While the announcer in Sonic Mania is exuberant enough, Super Smash Bros. fans will want to take not of this mod from TheJojoNetwork none the less. That’s because it replaces the regular announcer with the one from the recent Super Smash Bros. games, which is perfectly paired with the competitive mode as seen in the trailer above.

I don’t know about you, but playing through Sonic Mania on the Nintendo Switch reminded me of the Sonic Advance games on the Game Boy Advance. This makes this mod also from TheJojoNetwork perfect for players like me since it replaces the character sprite for Sonic with the one from the Advance games.

The mod is still a work in progress. We’ll update you when the mod is available.

Can’t decide between playing as Sonic or Tails? Why not play as both? This mod by Beatz not only gives Sonic the power of flight but gives him a set of adorable double tails.

Do you hate yourself? Then install this mod from Drew’s Den that makes Sonic say “Bounce Pad” a la Sonic Boom every time he jumps on a spring. 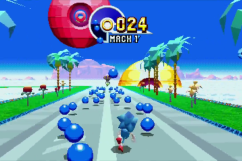 Sonic Mania: A Quick & Easy Way to Get Chaos Emeralds

Sonic CD introduced the world to a richer soundscape for the Sonic series. Celebrate the sound effects of the classic game with this mod from Jonathan Biondi, which replaces the regular sound effects with the ones from Sonic CD. It may even make Stardust Speedway and Metallic Madness a bit more authentic.

Now in case you can’t decide between Sonic and Knuckles, you can just play as both. This mod by Beatz gives Knuckles the drop dash ability normally used by Sonic. You lose the ability to glide, but you can now drop dash in style (& Knuckles).

While the music in Sonic Mania is awesome, this mod from Zeikar is for old school people who want to play the classic levels in the game with the classic music.

Relive the iconic moment in Sonic Adventure when Knuckles gets hit full force from a 90 mph homing attack from a full-bodied blue hedgehog and says “Oh no.”

To add an edgier vibe to Sonic Mania, download this mod from Beatz when it becomes available to the public. Shadow comes to the game with his own custom sprites. Don’t worry, he left his gun at home. 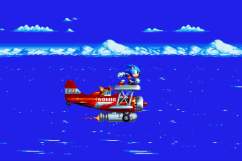