Splatoon 2 is getting new stages and a new weapon according to a recent Nintendo Direct.

Kelp Dome returns from the original game, only this time there will be more grates to fall through and a bit of extra turf added to each teams’ side. Otherwise it’s mostly unchanged. The grates are able to be shot through. The Kelp Dome stage is coming to the game this Friday, September 15.

Snapper Canal features a river running through the stage dividing the spawn areas for the two teams. The river is deadly and while there are places to jump across safely these could quickly turn into chock points.

Finally, we’re getting a new weapon known as the Tenta Brella. The Brella weapon has a much wider deployable shield than the standard Brella. The sheild also seems to move much slower when shot forward.

Placeholder images for Snapper Canal were found in a datamine of the game in August. The placeholder image for what would become the Manta Maria was also found. Incomplete files for the remastered version of Blackbelly Skatepark from the original game was also found along with the incomplete files for Kelp Dome, suggesting that Blackbelly Skatepark will be coming as well. Additional maps known as “Line” and “Tunnel” were also found and are in development.

The datamine also found evidence of the Squeezer weapon, a semi-auto champagne bottle that fires a shot with every press of the trigger. Upcoming Blasters, Chargers, and Brellas will also be branded by Grizzco, the corporation you work for in Salmon Run.

A datamine in September found evidence of an upcoming ranked gamemode involving equipping a rocket that shoots bullets of the same arc type as the Sting Ray special weapon and can be damaged by the other team.

It should be noted that the datamined content isn’t 100 percent confirmed yet and is subject to change at any time. 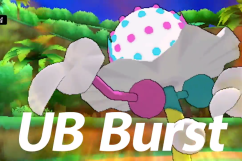