Splatoon 2 is quickly growing to be one of the best multiplayer games of the year thanks to its quirky characters and surprisingly addictive action. While users can test their skills in various Ranked or even League based modes, Splatfest is by far the biggest competitive event in the game. Open for a limited time, this event tasks players with picking one of two teams (each representing a different trait or item) and duking it out to prove which side is better. A winner is determined by the end of event and players will not only earn bragging rights, but special Sea Snails if your rank is high enough.

This month’s Splatfest is between the two superpowers invisibility (Marina) and flight (Pearl). If you are looking to jump into the third Splatfest it officially begins today at 9:00 p.m. PT /12:00 a.m. ET.  Splatfest will only run for 24 hours, so that means it will end on September 2 at 9:00 p.m. PT/ 12:00 a.m. ET. While many are expected to join the fan favorite Marina, users shouldn’t underestimate anyone that Pearl is aligned with since her squad absolutely dominated during the last Splatfest. 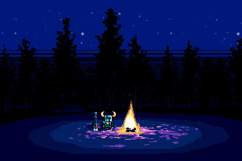 Along with this event, the new map Manta Maria will be in the Splatfest rotation along with the special level Shifty Station. However, the latter will have a different layout, so don’t expect to have an advantage on those who missed out last time. There will also be a new weapon introduced called the Forge Splattershot Pro which is rapid firing weapon that comes with Suction Bombs and the special Bubble Blower ability.

The results for the third Splatoon 2 Splatfest will be revealed on September 3. If you are looking to jump back into this frantic, third person shooter then we highly recommend trying out the third Splatfest. As for us, we are placing our money on flight winning this time, though players should count out invisibility from stealing the win away. 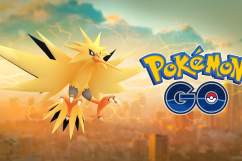