Tiy, the CEO and Designer at Game Developer and Publisher Chucklefish Games, confirmed over Twitter that popular indie game Stardew Valley has been submitted to Nintendo for testing. This means that the Nintendo Switch version may be coming soon.

It has been submitted :)

Tiy also released a sneak peek of their upcoming game, which builds on what they learned from their work on Stardew Valley. They won’t have a formal announcement for a while.

SDV still in testing, no news yet. Thought this sneak peak might tide you over. We've learned a lot of lessons from working with Stardew. pic.twitter.com/EcabZ8DGb7

To everyone asking, it's our other new project. Something that builds on what we learned from Stardew. No formal announcement for a while

On August 29, Tiy said that the Switch version is coming along well with the last known bugs being fixed.

Stardew Valley Switch is coming along very well. The last known bugs have been fixed and we're submitting for testing this week :)

On August 21, he said that the release date for the Switch version will be announced as soon as they can be absolutely sure about it.

In response to the questions, we'll announce the SDV release date as soon as we can be absolutely sure about it. Testing is going very…

…well and I'll make sure we let you know if anything major comes up. Things are looking good at the moment though and we're getting close.

Tiy released pictures of the game running on the Nintendo Switch on August 10 and 11.

This is also fun pic.twitter.com/XOa9SnESwM

Back in June 2017, Heavy reported that Stardew Valley was taken off the list of games coming soon to the Nintendo Switch. Damon Baker of Nintendo of America confirmed that they were looking into getting the game back on the list.

Thanks for the heads-up. Team is looking into this but nothing to be alarmed about.

Stardew Valley was eventually put back on the list, but its release window was changed from “summer 2017” to the much broader “2017.”

The game is reportedly going to debut its multiplayer mode on the Switch according to our report, making it the first console to receive the feature.

Stardew Valley was an immense success when it was first released on February 26, 2016, topping the Steam sales charts. The game has since seen a release on PS4 and Xbox One. A Wii U version was planned but production shifted away from the dying console to the Switch.

However, the game will face competition from the upcoming Harvest Moon: Light of Hope, the latest entry in the long-running series Stardew Valley was inspired by. When the game was announced to make an appearance at E3 2017, Hiro Maekawa, President and CEO of Developer Natsume, said that they were going to go back to the series’ roots.

Are you excited for Stardew Valley on Switch? Let us know in the comment section below. 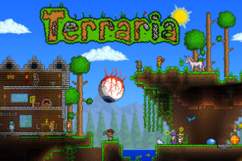 Terraria: When Is It Coming to Nintendo Switch?