Getty Andrew House, President and Group CEO of Sony Interactive Entertainment, speaks at the Sony unveiling of the new Playstation 4 and Playstation 4 Pro at the Playstation Theater, on September 7, 2016 in New York.

Sony Interactive Entertainment LLC (SIE) President and CEO Andrew House is stepping down from his position, Sony announced in a press release.

He will transition from operational management of SIE, but will remain with SIE as Chairman through the year to ensure a smooth transition. He will be surpassed by John “Tsuyoshi” Kodera, who was also appointed Representative Director and President of Sony Interactive Entertainment Inc., SIE’s Japan-based legal entity, with House becoming Director and Chairman of the entity.

Here’s everything you need to know about House.

1. Andrew House Has Worked With Sony Since 1990

Andrew House joined Sony in 1990 where he first served in corporate communications at Sony headquarters. In 1995, he moved to marketing and communications at Sony Computer Entertainment Inc. (SCE) and contributed to the launch of the first PlayStation. In 2011, he was appointed President and Group CEO of SCE where he was responsible for the PlayStation business worldwide. He was heavily involved in the strategy and launch of the PlayStation 4, the fastest-growing platform in PlayStation history with over 78 million units sold this fiscal year according to the press release. He was also responsible for centering Sony’s network services strategy around PlayStation Network (PSN) and oversaw the launch of PlayStation Now and PlayStation Vue. PSN currently has more than 70 million monthly active users according to the press release. In 2016, he brought together SCE and Sony Network Entertainment International LLC (SNEI) into SIE. He also oversaw the development and launch of PlayStation VR.

2. He Was Known As One of the Drivers of Future PlayStation Growth

Sony Corporation President and CEO Kazuo Hirai said that he spent the last 20 years with House dedicating themselves to ensuring the success of the PlayStation Business. He thanked House for his contribution over the years and wishes him every success in the future.

When I passed the baton of leadership for Sony Computer Entertainment to Andrew House in 2011, I was confident that I was leaving the PlayStation business in the best possible hands, and so it has proved. I’m extremely grateful to Andy for the great contribution he has made to evolving the PlayStation business, and firmly positioning it as one of the drivers of our future growth.

House said that he is tremendously proud of what he and his team built with PlayStation and SIE, but now seemed like the right time to pursue new challenges.

“I shall always treasure the friendships and people that have made SIE such a wonderful place to work,” said House. “I’m also grateful to PlayStation fans and gamers around the world for their loyalty and support.”

He also said that Kodera and the team at SIE are “world-class” and he said the future of PlayStation is very bright.

3. He Dismissed the Handheld Gaming Market

House said that the global potential for handheld gaming is limited in the age of smartphones and said that the company doesn not have plans to take on the Nintendo Switch, according to Bloomberg Technology.

“The Nintendo device is a hybrid device and that’s a different approach and strategy,” House said in an interview during Tokyo Game Show 2017. “We have not seen that as being a huge market opportunity.”

Sony is focusing now on delivering products and services for the living room through PS4, including TV and music services. Sony also established its own studio to create mobile games last year known as ForwardWorks, the publication reports.

“The Vita experience was that outside of Japan and Asia, there was not a huge demand,” House said. “The lifestyle shift toward the dominance of smartphones as the single key device that is always with you, was the determining factor.”

4. He Believes That VR Needs More Competition to Thrive

House said that he wasn’t comfortable with PlayStation being the market leader in VR by such a margin, as PlayStation LifeStyle reports.

“With such a brand new category you want a variety of platforms all doing well to create that rising tide and create that audience,” he said.

According to a report by the International Data Corporation (IDC) earlier last September, demand for PSVR remains “unmatched” with Sony holding the second largest market share at 24.4 percent by the end of Q2 2017. This is just behind Samsung’s 26.7 percent market share.

5. He is Being Succeeded By John Kodera

Sony has announced John (Tsuyoshi) Kodera has immediately taken over the role of Sony Interactive Entertainment president and CEO. Andrew House is moving from that position to director and chairman of SIE, Inc. https://t.co/YFGTwqZL9L pic.twitter.com/hpbJ3Ihwh0

Kodera joined Sony Corporation in 1992 working in the planning and control department within Sony’s portable audio business, according to the press release. He was transferred to Sony Electronics Inc. in the U.S. in 1998, where he as assigned to planning and control for portable and mobile products. He was then appointed VP of product management for IT products such as PCs. He became SVP of Corporate Strategy at Sony Network Entertainment International LLC in 2010 and in 2013 was appointed president. 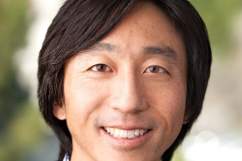