Screenshot by Jack Fennimore Pictured: A screenshot of Assassin's Creed Origins and definitely not a two-bit mobile game.

Assassin’s Creed Origins so far is pretty good. However, no matter how good the game is, that doesn’t stop its microtransactions from being so gross. Not only do the microtransactions prey on those seeing cool stuff and feeling compelled to buy it so they don’t miss out, but it also takes advantage of the game’s often slow progression in order to get you to buy what are essentially cheats.

Author’s Note: These opinions do not reflect Heavy as a whole.

First of all, you don’t just buy the microtransactions with money. No, first you have to pay for Helix Credits (with the base pack at 500 for $4.99) and then pay for the microtransactions with them, which already leaves a bad taste in one’s mouth. Apparently the middle option, which costs $19.99, is the most popular among players. Also the $49.99 pack is the “best value” according to Ubisoft because buying a game for $60 doesn’t give you enough game, apparently.

The gear and pack shops offer powerful legendary weapons in addition to cosmetic DLC. These weapons offer some of the strongest abilities in the game. I managed to snag some weaponry in the main game with the same attributes, namely the weapons offered in the Gold Edition, and their poisoning effect makes them effective against opponents even a few levels higher than you. This means that instead of hunting for items from random drops in the game in order to get stronger, most of which are common with a few epic tier items here and there, you can just buy legendary ones. So the usual claims that the DLC are just cosmetic and don’t affect the game go right out the window.

Not only that, but you can buy Drachmas used to buy and upgrade weapons in the game, materials used to upgrade armor, and Ability Points to invest in new skills. Drachmas are easily found in the game, but the shop essentially turns them into the vapid regular currencies featured in so many mobile games that aren’t really all that useful and just falsify a sense of progression while the Helix Credits are the premium currency that actually get stuff done. The materials are found from animals and convoys running around the outskirts of towns or roads, both of which can be a pain to kill as animals are strong and convoys are on horseback. As for the Ability Points, they’re only found by leveling up which takes a long time. This makes them especially tantalizing as nearly all of the main missions recommend you being at a certain level as enemies even five levels higher than you are way to strong for you to kill.

I remember a time where you could just press a button combination at the title screen to get more resources.

In selling these items, Ubisoft devalues your time spent in the game by putting a price on time saved. As game critic Jim Sterling said in his video on Middle Earth: Shadow of War’s similar microtransactions, allowing you to skip stuff implies that the stuff isn’t worth playing. It’s more valuable to not play the game. The fact that these microtransactions in particular are called “Time Savers” in the store really hammers this home.

You could argue all you want about how the microtransactions are optional, but the fact that the resources are so slow to acquire makes it seem like they were designed that way to make the microtransactions as tempting as possible. They, as Sterling put it, invented a problem and is selling us a solution. Even if the gameplay was truly balanced to allow you to have fun without the microtransactions, buying them essentially unbalances it. So what’s the point?

But that’s not all! You can also spend credits to reveal the locations of Stone Circles, Tombs, and Hermit Locations, most of which are otherwise out of the way and can only be found by scouting around with your eagle Senu. Ubisoft has long been accused of just shoveling repetitive busywork in their games that doesn’t really add much value. In giving players the “option” to make the busywork less repetitive and boring, and finding stuff like the Stone Circles is pretty boring and annoying, they pretty much admit – no they actually admit – that the stuff they put into their games is repetitive busywork.

Wow, I didn’t even get into the loot boxes.

Oh yes, of course Origins has loot boxes! Each one offers a random weapon or shield. Once per day, you can acquire one Heka Chest by completing a mission. But if you want more, you have to cough up 3,000 Drachmas per box. Now I opened up two boxes from the missions and got a legendary scepter and an epic Predator Bow, so their offers aren’t insignificant. But you’ll have to dig through a lot of boxes if you have a preferred weapon (I myself have been stuck with a pretty crappy Hunter Bow and am in need of a replacement). Now the boxes don’t hit you over the head by trying its hardest to get you to buy it, but it does insidiously lead you to the shop. You can buy the boxes with Drachmas earned in-game, but you could always mosey on to the shop to get more Drachmas. Their subtle nature combined with the randomized loot drops not guaranteeing the item you want is especially predatory for those prone to gambling.

I’d like to take this time to remind you that all of this is in a game that not only costs $60 on top of it all but also offers a season pass and came in five different collector’s and deluxe editions including one that costed $800. Oh, and they also sold a $59,000 pair of headphones.

Now Assassin’s Creed Origins is still pretty fun, but it sucks that is has to be fun in spite of its microtransactions. Making tons and tons of money off of selling an Assassin’s Creed game, one that had a lot of hype after its brief hiatus no less, is simply not enough for Ubisoft. It had to go in and introduce this economy into the game that devalues the experience as a whole and could potentially exploit those with impulsive tendencies.

Just because your game’s title has two asses in it doesn’t mean you have to be one. 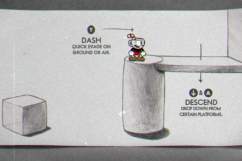