Blizzard Entertainment is looking for a General Artist Intern for the summer of 2018. The internship’s description may hint at an unannounced Overwatch-related project.

The internship program lets interns work side-by-side with Blizzard employees in their area of interest, with their work oftentimes ending up in production according to the internship listing on Blizzard’s website. Blizzard are specifically interested in seeking an intern to work on creating game assets for an unannounced project. This includes working with the concept, environment, and character teams to create hard surface and organic props, weapons, and possibly characters.

They’re looking for people currently enrolled in a college or university – or planning to enroll in Fall 2017 – returning for at least one more semester or quarter following the internship and is able to work full time hours for 11 to 12 weeks. They also need someone with experience using a variety of modeling and texturing programs like Maya and Photoshop, a background in traditional arts, and an understanding of Blizzard’s visual style.

Now here’s the really interesting part. They not only recommend that interns have previous experience working on games, but also “knowledge and understanding of the Overwatch universe.”

So not only does Blizzard want someone who can replicate the general style across their games in game assets, but they especially want someone who can specifically replicate the style of Overwatch. It’s possible then that the unannounced project is related to Overwatch in some way. However this is purely speculation at this point and since it’s so early in development we won’t see anything from them in a while.

A full list of Blizzard’s internship and other job openings can be found here.

In other news, Overwatch’s Halloween event begins today with brand new skins and possible the return of the Junkenstein’s Revenge game mode. Some of the event’s new skins were leaked ahead of their official announcement. 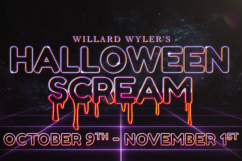