So Destiny 2’s Iron Banner PvP event is coming this Tuesday. If you’re unsure on how to actually access it, then look no further.

According to a blog post from Bungie,you need to complete the Destiny 2 campaign in order to access the Iron Banner event. You’ll then gain access to the Tower, a social area similar to the Farm. You then have to talk to Lord Saladin in the Tower in order to start the Iron Banner quest. You should be able to find him by looking in the map in your Directory, but we’ll update the article on Lord Saladin’s specific location once the event drops.

The new PvP event has two teams of four competing against each other in the Iron Banner playlist with Quickplay modes and matchmaking. Fighting abilities, not power levels, will decide the outcome of the match according to the blog post. Instead of going through Bounties and Ranks like in the Iron Banner event in the original Destiny, you’ll get an Iron Banner Engram containing new Iron Banner armor sets and possibly other rewards. Iron Banner Tokens are earned every match with more being earned if you win. You also have Daily and Season Milestones to earn.

The Iron Banner event was a popular event back in the original Destiny. According to the official wiki, matches for the Iron Banner back then were affected by how much Light (that game’s version of Power) the players had with higher Light weapons dealing more damage and higher Light armor taking more damage. I appears that Power will not affect players for Destiny 2. 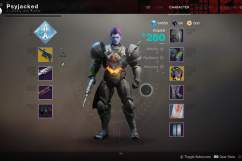 Read More
Destiny 2, Games, PC Games, PS4, Xbox One
Destiny 2 Iron Banner PvP event is coming this Tuesday. If you're unsure on how to actually access it, then look no further.