Destiny 2’s first major PvP (Player vs Player) event is almost here and veterans of the first game will be intimately familiar with this game mode. Iron Banner is making its Destiny 2 debut this week, however, it’s shaking up one of its most memorable aspects. Originally, Iron Banner would actually take into account the Light level of the players involved. This meant if you were a lower Light leveled player you’d have a harder time killing those who were several ranks higher. It wasn’t impossible, but there was enough of a stat difference to make a significant impact.

However, for the first time ever, Iron Banner will not factor in the Light levels of the players participating. It does not matter how high or low your Light is, as long as you’ve beaten the main campaign then you can enjoy this PvP activity. The game mode for the week will be Control, so we recommend playing with a full fireteam. This is a very objective driven event which makes communication critical to your success, especially since players will earn more Iron Banner reputation tokens if they win. 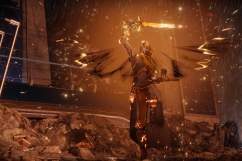 Bungie is also including Daily and Seasonal Milestones for players to complete, along with new sets of armor and weapons. While the latter has been kept under lock and key, we actually got to see what the specific class armor sets are going to look like. Following the tradition of ancient armor brought to life, Destiny 2’s Iron Banner appears to be homaging the samurai and Feudal Japan.

Keep in mind you can only earn this armor during the Iron Banner event, so if you miss out then you’ll need to wait until next time. Along with Iron Banner releasing this week, the Prestige Mode of the Leviathan raid will also be releasing. However, we do recommend focusing on playing Iron Banner over this PvE activity, since the raid isn’t going anywhere. 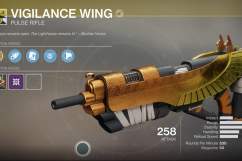 Destiny 2 Vigilance Wing Review: Is It Any Good?