The players of FIFA 18 all have their own role. The talents of one player may compliment the whole midfield or help make up for another player’s deficit. The strength of a team, lies in all 11 players together and their direction. This is true in life and its true in FIFA 18, until a certain point. The certain point is quite a hard limit, in FIFA 18, it’s when superstars start to get involved.

There are players who you just can’t stop and others who you just can’t get by. These select few don’t come cheap and worse most of them are nearing the end of their career. This isn’t ideal if you’re picking a game mode with multiple seasons. You can try but it won’t be possible to lure away the best of the best. As you begin your managerial career, you won’t be a big enough name to lure away the best and brightest talents from around the world.

Outside of FIFA Ultimate Team where there is a totally different element of chance at stake; your success in career mode depends on your ability to acquire those superstars. You can start with a team that has one big name or you can go after several young players. Make the right choice; here are the 5 best young talents you need to have.

He tops the list and that should mean something. Does he have an awesome name? Yes he does but it’s his skills as a defender that bring him to such lofty heights. Pay attention first and foremost to his athleticism. Stats,schmats; He controls the ball and his own person perfectly in FIFA 18.

His versatility will make all the difference; it won’t be difficult to put the right player, in the right place based on your team’s organizational needs.

Second pick is without a doubt the most controversial. If you aren’t a tough, blue collar woman from Newcastle, England; who every weekend is known to say something along the lines of, “oh, I like Ayoze! He’s handsome.” Basically, if you aren’t a Newcastle Fan; you may not know who Ayoze Perez is.

He’s an athletic, agile, and aggressive talent. Watch him turn from the midfield or sprint passed his marker to get on the end of a through ball. Play him for a five minute half and keep your imagination open. Instead of hitting the same old shots, get a little space and spring towards the goal. Let some well positioned shots go and watch him blast it into the net every time.

Train him up and put him through his paces. Improve his free kicks during the season’s training sessions and give him some playing time. Pretty soon you will be singing his praises just as much as the toughest guy in the crowd, also from Newcastle, “That Ayoze! He’s handsome!”

The best part is he isn’t greedy and will give way to your top star but even just a few games a month will keep his morale up. A great addition and if after a few seasons he has left his prime, sell him off and make 10x what you paid originally. He’s exciting, ready to put away 20 goals for any team, not to mention the great ROI.

The 20 year old from Belgium, used to be free to grab in FIFA 17, no offense meant to Youri Tielemans, but 12 million dollars was a steal. That’t the most it ever took to pluck him away from Anderlecht.

A steal, Monaco thought so too. After his recent purchase, he will cost you more than double that 12 million dollars. Be ready to cough up around 26 million dollars and be happy every minute you did so. He is strong, great through the midfield, strong on defense, great passer, and great shooter. His ceiling is 90 and he is 20 years old. Get Youri Tielemans.

Full disclosure: Fan of this guy. Is that why he sneaks his way onto the list, favoritism, or some bias? Ask fans of Borussia Dortmund if he’s just some mediocre talent from the US. This young man is the real deal and rightly has been given a little of the spotlight.

His talent translates to the digital world and he is more than fun to play with in FIFA 18. Quick on his turns and though not overpowering physically; he can absorb the physicality of other players, using it to accelerate towards goal.

Train him up and watch as his movement stats climb: 93 Acceleration, 90 Sprint Speed, 91 Agility, 92 Balance, and now your fingers itching to have a go. Don’t miss out on Christian Pulisic.

If you had him on your team in FIFA 17 or have seen him play in real life, this is an easy sell. You need more of an endorsement. He was good enough for Bayern Munich to hang on to. When every bit of space was cleared to pave way for every superstar imaginable. Renato Sanches was worth keeping, he’s worth buying, and he’s worth playing.

If there is anything more to say about Renato Sanches, it’s that he’s often the main topic of your scouts. He almost always starts as one of the first prospects your scouts have looked at. He is great, young, and he is promptly ignored. He will be the difference in your midfield and you should spare no expense. 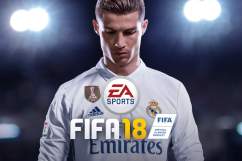 Read More
FIFA 18
Make the right choice, here are the 5 best young talents you need to have.