With so many horror games out there, it’s easy to miss some truly great ones. Here are eight you absolutely shouldn’t miss.

Death Road to Canada is a brilliant take on zombie games, a genre as bloated as the massive swarms of zombies you come across. It’s broken up between Oregon Trail (or perhaps more fittingly Organ Trail) travel and decision-making gameplay and old-school exploration akin to The Legend of Zelda. Since elements are randomized and death comes swiftly, every decision you make could be your last. Even something simple like deciding to go further into a mansion or using up car fuel to power your chainsaw has an impact. The horror isn’t lost in the pixel graphics and silly sense of humor as you have to wade your way past legions of zombies smacking them with golf clubs and more until they turn into a pile of black blood and guts. Add to that the option to create your own characters and you have one of the most fun and harrowing surprises to come out of 2016.

Never expected a great horror game to come from the cute and cuddly world of Super Mario, no? Then again, that possession mechanic in Super Mario Odyssey is pretty eldritch.

Super Mario Call of Cthulhu is a rom hack of Super Mario World, meaning that someone changed the code of the game’s rom file to produce their own work. The hack replaces the bright and colorful world of Super Mario World with a quiet, dark, and oppressive one filled with nods to H.P. Lovecraft’s work. The game adds new, tricky platforming sections that play with the perspective of the game to catch you off guard even more. It also has cryptic messages for cutscenes, great original music, and even multiple endings to really add to the mood. It’s a beautifully bleak and challenging take on Super Mario.

Darkest Dungeon was one of the sleeper hits of Steam’s Early Access service in 2015. Unfortunately, its buzz was mostly dried up when it officially released on January 19th, 2016. But this game should not be passed up.

A dungeon crawler with permadeath and smart turn-based combat revolving around how your party is lined up as well as what skills they use. But the real hook is the stress mechanic, with heroes getting more stressed out as they encounter monsters and traps. Pushed to hard and they start to gain adverse effects or in rare cases feel empowered. The stress mechanic works in tandem with the Lovecraftian horror and the overall oppressive atmosphere of the game to create a truly unique experience.

The game is available on PC, Mac, Linux, PS4, and PS Vita and is coming soon for Nintendo Switch.

My personal favorite game of 2016, Inside is a masterclass in puzzle platforming. From the team behind indie darling Limbo, Inside takes the brilliant physics-based puzzles of its spiritual predecessor and marries it with an Orwellian nightmare of technological advancement gone too far. While it’s not really what one thinks of when thinking of horror games, Inside’s events are so out there and often disturbing that they stick with you long after the game is over. But despite the oppressive atmosphere, you’re always pushing forward as your character moves from left to right. This is further reinforced by the puzzles, which seem impossible at first but always have a solution if you keep tinkering with them.

Fran Bow made waves in 2015, being played and discussed by many prominent YouTubers. However, it was much more than the latest horror game craze. It was a brutally disturbing and surreal point-and-click game about travelling in between the real and nightmare worlds. However, it’s twisted visuals give way to some very beautiful and storybook-like environments and characters. Check out the game and see the madness for yourself.

Eternal Darkness is something special, and it’s not just because it’s one of the few mature rated games published by Nintendo. While the Resident Evil-esque gameplay was scary enough, the game added revolutionary sanity effects simulating game crashes and other crazy things to truly unnerve the player. It was so impressive that Nintendo patented sanity effects in games, though that didn’t stop future games from incorporating similar mechanics. Track down a copy if you dare.

ZombiU – God Save the Queen Trailer HDWho knew a zombie game trailer could be so beautiful. This has to have been inspired by the Dead Island trailer and certainly rivals it for poignancy and artistry. We got a hands on her at Xtra-vision and let me tell you, the trailer is not the best things about this game either.2012-11-30T15:49:36.000Z

One of the few launch titles actually worth playing, Zombi U is a survival game that made great use of slow-methodical combat and even greater use of the Wii U’s gamepad for inventory management and more. And having to fight the zombified versions of characters you played as is a nice touch. There’s also a PC version, but it’s just not the same.

Lone Survivor is so much more than a Silent Hill homage. It’s tense atmosphere, sound design, psychological horror, and resource management clearly takes inspiration from the lauded series, but the 2D sidescrolling perspective and mental health management bring this game to a whole new level. While Konami has long abandoned Silent Hill with the cancellation of Silent Hills and the removal of P.T. in 2015, at least we have Lone Survivor to keep the spirit going.

Have any underrated or obscure horror games to recommend? Let us know in the comment section below. 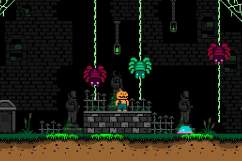 Read More
Games, Horror, PC Games, PS4
With so many horror games out there, it's easy to miss some truly great ones. Here are eight you absolutely shouldn't miss.