Jordan Kent received two important gifts when he was five years old. The first one was a basketball from his father. The other was a Nintendo Entertainment System. Both gifts would ignite his passion for sports and gaming, and he’d soon get a chance to combine both of them together into one dream job.

The former Seattle Seahawks player was asked to be the commentator for Nintendo’s tournaments during E3 2017 in June 2017 and then the Nintendo World Championships 2017 later that October.

Heavy got in touch with Kent via telephone to talk about his career and his love of both sports and gaming. Here’s everything you need to know.

1. His Love of Both Sports & Gaming Began at a Young Age

Kent’s family toured the country as his father moved from university to university as a basketball coach, from Stanford University to St. Mary College, and to the University of Oregon. Kent was exposed to sports at a young age.

Fun Fact: Kent was actually born in Saudi Arabia. His father was asked to coach one of the junior national teams there. He doesn’t remember much as his family left when he was two years old. “Probably would just be a bunch of crying and poopy diapers,” he said.

When he got his NES, his 5 year old self didn’t know how to work the system so he watched his brother and his Colorado neighbors. He vividly remembers The Legend of Zelda II: The Adventure of Link being his very first game and he was hooked since day one. He learned to read through the instruction manuals and he credits the floor mat controller Power Pad with getting him into track and field.

2. He Was a Seattle Seahawk

The Seattle Times reports that Kent was the University of Oregon’s first three-sport letter winner since World War II, competing in track, basketball, and football. Kent told Heavy that he started out in track and basketball in high school but then switched to football in junior year.

Kent was drafted by the Seahawks in the sixth round of the 2007 draft, spending two years on the roster and appearing in nine games according to The Seattle Times. Kent told Heavy that he was then picked up by St. Louis before being cut because he “just wasn’t good enough.”

Kent said that the average player lasts for about one year with good players staying for eight to nine years.

“I’m very happy with how my career when,” he said. “Not bitter at all.”

3. He Became a Commentator for Nintendo After Getting in Touch With a University of Oregon Fan

Kent told Heavy that he noticed that someone at Nintendo was tweeting a lot of his commentary of games involving the University of Oregon. So Kent got in touch with him in July 2015 and told him that he’d give him a tour of the University of Oregon if he gave him a tour of Nintendo’s North American headquarters in Redmond, Washington. During the tours, the topic of eSports casually came up in the conversation.

He said his favorite moment of the Nintendo World Championships this year was the playthrough of one of the minecart levels in Donkey Kong Country Returns thanks to the challenge of the level and the intensity and energy felt throughout the crowd. He also loved the round involving the WarioWare Inc.: Mega Microgames! minigame Bird & Beans. He said that it’s one thing to do effective commentary for something more competitive like Super Smash Bros. but he got the same amount of energy and challenge from commentating for the more casual Bird & Beans.

When asked what the difference between commentating for sports and eSports was, Kent said that eSports is much faster. There’s so many different variables at play and matches can turn quickly. Traditional sports have a much more natural eb and flow.

As far as advice on effective commentary goes, he said to emphasize the tension and what’s currently at stake as well as any other story line going on. “Tell the story and translate the energy, excitement and emotion not just from the players but the audience as well,” he said. He also suggested picking the right moments to dial up the energy as well as to cool down, and to not miss any of the high points because there are only a handful of them in a match.

He also said to know your subject matter well. Even though studying came second nature to him because of his love for Nintendo, he still spent 80 to 100 hours of preparation. Game rules are especially important because that’s what creates the goals and stakes. 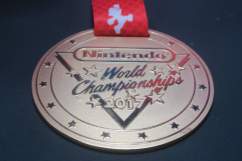 That's a wrap! 6th year of the Jordan Kent Skill Camps in the books, and this year was extra special, God has blessed this endeavor, and I love all 1000+ of these kids like my own. Thank you to the parents for thinking of us, and thank you to the campers for being so fun, and thank you to my amazing coaches for all of their hard work. But especially, thank you to @tiff.kent for being the best teammate I could ask for. Enjoy the summer you crazy little rascals and I'll see you soon!

Kent told Heavy that he started the Skill Camp in 2012 when he was done playing football. He loved sports camps as a kid and loves working with kids so he wanted to create a professional, fun, polished camp for everyday kids. Now his 12 camps are booked all eight weeks, welcoming over 1,000 kids from all over the country. He said that kids recognize him from his commentary.

“You have one week to impact kids,” Kent said. “We always remember the adults who left an impression on us.”

As for Level Up Health, Kent was surprised how much kids absorbed during the 20 minutes they teach health every day at the camp. “Kids can be disciplined in decisions as long as they know what they’re doing,” he said. Kent also noticed that a lot of books teaching health to kids are boring and lacked flow. Kids like bright colors and games.

“If kids could understand the complexities of a game, then why not nutrition?” Kent said.

So they took their education and added the achievement aspect of video games to it. Kids earn points as they learn and they get cool wristbands as they level up and increase their rank.

He said that a small study by the University of Oregon found that Level Up Health had a significant impact on kids in helping them choose healthier lifestyles. A survey from teachers who used the program found that kids who invest more time into the program got more out of it.

5. He Owes His Success to His Family & Faith

So proud of my @tiff.kent after she completed her FIRST marathon this morning! All your hard work has paid off, and it was an inspiration to our little pack, now let's celebrate with some burgers! ?????

When asked what he owes all his success so far to, Kent said that he has had strong faith since day one. He said he always does the best he can do for god, even if some days it’s not as much.

He also owes a great deal to his family. He said his wife, TV Chef and Cooking Blogger Tiffany Kent, brings out the best in him. His parents instilled values in him and his siblings, including being humble and treating others as you would be treated.

He said his experience at the NFL went so fast that he didn’t get to savor every moment. That taught him that “every opportunity you get you have to enjoy the moment and appreciate it for what it is.”

He also took time to thank the eSports community for their support. He said he had a warm reception since day one and it really added to the joy of the experience.

He said he looks forward to more opportunities for eSports commentary. In the meantime, he told us to check him out on NBC Sports Northwest.

Now that you got to know the commentator, want to learn about the host for the Nintendo World Championships 2017? Then click the link below. 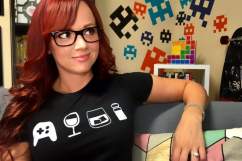