On the Steam page for Shadow of War, it says you will need at least 70 GB of available space which makes it much larger than its predecessor. While we are told we’ll need at least that much space, it appears the file size pushes close to 100 GB. IGN’s Dan Stapleton revealed a picture of his Steam download coming in at 97.7 GB. Depending on your download speed, this could take a day or even longer to install. Much of this is likely some 4K textures and other packs like that. Unfortunately, there’s no option to not install those.

Shadow of War might be the single biggest download (at launch) I've ever seen. A lot is 4K video, plus a TON of uruk voice acting. pic.twitter.com/QqaZCX9oFi

Stapleton also shows his download size on the PS4 Pro which is 63.93 GB. The normal PS4 version will take up just 38.97 GB of space. It appears those 4K textures put a big hurt on the download size. The Xbox One version approximates a 65.63 GB download size. Curiously, a pre-load of the game checks in at 65.6 GB.

We’re probably looking at a similar situation regarding bigger download sizes for when the Xbox One X releases. A native 4K resolution has already been targeted for Shadow of War on Xbox One X but an increased framerate is not being looked at.

“We’re not shooting for 60 FPS at the time, we are trying to milk more graphics out of it and just make sure it always stays above 30 smoothly,” Roberts said to Wccftech. Both the console and PC versions of the game will support High Dynamic Range (HDR), which will further boost the visuals.

Middle Earth: Shadow of War releases October 10 for Xbox One, PS4 and PC. 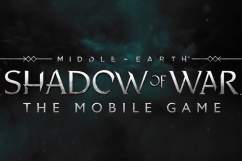