Launch Trailer | Middle-earth: Shadow of War MobileWar has come! Unite Champions from Middle-earth and amass an army of Orc nemeses. Download and play for free at: go.wbgames.com/SoWMobile2017-09-28T13:00:08.000Z

Here are the top 10 tips/tricks/cheats you need to know for Middle-earth: Shadow of War (Mobile).

• Orcs are a very powerful addition to your team, so make sure to go out and do Nemesis battles to get valuable grog to improve them. Using an orc can turn the tide of battle.

• Before you go mash the execute button, take a moment to see what the orc has to offer. Branding an orc with the right traits for various features is very valuable in the long game. Some orcs will be better for combat while others have advantages on specific orc jobs.

• Keeping a diverse group of characters can help you to fight any grudge bonuses or difficult trait setups the enemy may have. Some nemeses have advantages against certain character types, so having a diverse party will let you avoid their penalties.

• Hard Mode gives access to valuable glyphs, which allows the unlocking and evolving of characters. These rare resources are difficult to obtain elsewhere.

5. Survival of the Fittest

• Sometimes it’s best to fight orcs against each other to build up glory on a smaller number of orcs. This lets you evolve and rank up those orcs more quickly, it’s an orc eat orc world in Mordor.

• Warlords are a quick way to get a lot of resources, but later stages may weaken or strengthen some of your champions. It’s important to have a team ready for each Warlord so that you can take them all on and collect the most resources possible.

• Using energy lets you raid stages and advance your character’s progression, be sure to log in regularly to use it so it can fill back up.

• If you join a guild, you and your guild mates will be able to give items to each other for some bonus Mirian. This is a good way to get extra Mirian and help your teammates and yourself get stronger with the items you need.

• Each region completed generates extra dominance for your orcs, but be sure to upgrade those fortresses and your stronghold to keep up with the additional demand as your army grows.

• Different characters work well together. Be sure to take note of each character’s skills and try out different combinations. Timing of skills is also very important in battle, so try to use skills on the right targets for maximum effect. 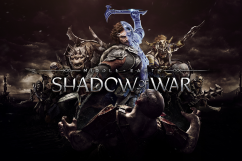 Middle-earth: Shadow of War: 5 Fast Facts You Need to Know