Studios can really wow the audience with a good monster and boy do Capcom know monsters. They end up being terrifying, exciting, and always creative to the max. The giant beasts seem to bring the oohs and ahhs in every game. That’s why Monster Hunter World, releasing on January 26, 2018, will be sure to draw a crowd.

The action will start for many even sooner than that. With a Beta Release coming this December 9’th. If that isn’t exciting enough for you then the news in Paris should have you jumping. Because Christmas will come early for Playstation fans. A brand new addition is going to blow you away and it’s exclusive to PS4.

It’s about an immersive world with amazing sights and sounds. It’s about the hunt. Though with some of the most terrifying beasts around the question remains; who’s the hunter and who’s the prey?

Well if you own a PS4 you know who’s the best hunter in town. It’s you Aloy from Horizon Zero Dawn.

You won’t be able to find a better dino-robot-monster hunter in the gaming universe. Just like Ygritte she’s kissed by fire and ready to burn up the Monster Hunter universe.

Grab your bow, your courage, and sign in to the Beta for Monster Hunter World. It’s time to put Aloy through her paces again on PS4 and dive into the amazingly immersive world created by Capcom.

It’s more than just one character even a really cool one like Aloy. Monster Hunter World is going to bring a larger universe into the fold. Epic in every aspect, this game is more than just big fights in amazing locales.

It’s an all out adventure with the goal of providing the ultimate hunting experience. A new arsenal will provide you with the biggest and baddest weapons to take down the largest foes.

A new world brings the excitement to life and various locations, each with their own setting, will dazzle. The sounds will shock you, but the surprises that await you will be what keeps you coming back for more. 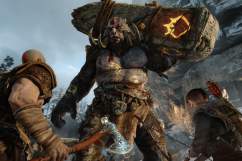