The redemption story for Street Fighter V is still being written.

Capcom knows the 5th main entry in its longstanding fighting game franchise disappointed many. But since launching, Street Fighter V has introduced new characters, stages, costumes and updates that have made it all the more better. On January 16, 2018 (January 19 for the UK), current owners of the game and those who still haven’t adopted it yet have a lot to look forward to. Street Fighter V: Arcade Edition is setting out to be the definitive version that will hopefully redeem its public image. And there’s no need to worry – if you already own Street Fighter V, the updates featured in Arcade Edition will come to you free of charge.

So what’s new about Street Fighter V: Arcade Edition? That question gets answered in full via the facts listed below.

1. An Arcade Mode…FINALLY! Plus Extra Battle & Improved Ways to Earn Fight Money are Getting Added

Unique endings will play out depending on your overall performance. Bonus minigames, such as crushing barrels, are also a part of your progress through each ladder. Along with Arcade Mode, Extra Battle will also be featured. Read up on even more details surrounding this new mode and Shadaloo Soldier Challenges in the excerpt from Capcom Unity below:

Every month, there will be at least one Crossover Costume up for grabs, which can only be obtained by playing Extra Battle mode with Fight Money. Here’s the flow of how to go about getting these exclusive costumes:

– Each Crossover Costume requires you to complete four challenges that take place over the span of a month – one challenge per week.

– Each time you attempt one of these challenges, you must spend 2,500 Fight Money, In other words, if you successfully complete each of the weekly challenges in one go, you can get that Extra Battle Costume for 10,000 FM!

– Once you complete all four challenges, the Crossover Costume for that month is yours!

– These challenges are time exclusive, so make sure to log in each week to complete them, especially if you have your eyes on that month’s Crossover Costume.

Every few weeks, a Golden Shadaloo soldier will appear separately from the weekly Crossover Costume challenges, giving you several chances to earn a decent amount of Fight Money throughout 2018! Bust out your skills against these goons and replenish your Fight Money stash.

The methods used to obtain Fight Money have now been adjusted. No longer will the modes that only awarded players with a set amount of FM stick to that format. Since you’ll be able to gain experience points from playing through all the modes (except for the General Story), it’ll be easier to to raise a character’s level.

Upgrading to a new level automatically gifts you with more FM. Capcom made it clear that performing the aforementioned action and completing each Character Story will net you at least 200,000 FM. By the way, obtaining a new character with FM/real money or via the Character Pass gets you their Standard/Battle costumes and colors 3-10 for both. And don’t worry – your current League Points and FM balance will remain intact come January 16.

Another new feature being thrown into the fray is the 5v5 Team Versus Mode. The match formats are split into two categories – Elimination and Best of Series. Elimination simply boils down to the winner of a fight continuing to compete as both teams battle until there’s only one remaining fighter. The Best of Series pits each team member against their chosen opponent until one team comes out on top by winning the most bouts. If both teams come out with the same number of battles won, a draw will be the result (this only happens among teams of two or four).

Some of the statistics you can change before battle are how much vitality a fighter can recover, whether or not a fighter can carry over their EX Gauge into the next battle, V-Gauge advantages given to losing team members during Elimination bouts, round/match time settings etc. By the way, Capcom Unity released an extensive blog post about this new mode right here.

3. The User Interface is Getting an Overhaul

A lot of complaints have been lobbied against SFV’s bland UI presentation. Arcade Edition will update its visuals by adding in new color schemes, redesigning the UI and including brand new pre- and post-fight effects. Even the character select screen has gotten a noticeable upgrade in the presentation department. Another visual treat coming to Arcade Edition is the new Gallery Mode, which allows you to check out all the illustrations you’ll unlock via Arcade Mode.

From a mechanical standpoint, SFV will have even more depth now that each character will be getting a new V-Trigger. You’ll be able to choose which V-Trigger you want to take into battle after choosing your character. A few characters get old super moves back as their second V-Trigger, such as Chun-Li being able to utilize her “Kikosho” energy ball and Ken getting access to his “Shinryuken” rising uppercut.

Some of the more interesting V-Trigger’s making their way into the game are R. Mika’s tag team partner Nadeshiko assisting her with a steel chair and Ibuki’s “Fuma Shuriken” weapon. Hit up the following link to check out all of the new V-Trigger’s. You can also get a complete breakdown of all the patch notes coming with Arcade Edition here.

If you choose to get Arcade Edition physically or digitally, you’ll be gifted with everything included with the original release and all the DLC that came included during Season 1 and 2. That DLC includes every new challenger added to the game and plenty of premium costumes. For those who don’t know, those 12 characters are:

Season 3’s roster includes the returning Sakura, Blanka, Cody, Sagat and two new fighters by the name of Falke and G. Sakura, her many costume options and a new stage (Kasugano Residence) will all be available on the release date for Arcade Edition. It’s interesting to note that leaked details about post Season 3 characters alluded to Oro, C.Viper, Q and Necro showing up as free DLC. Take note – current owners of SFV who didn’t buy any of the DLC characters will still have to purchase them with Fight Money or real cash once the Arcade Edition update arrives. 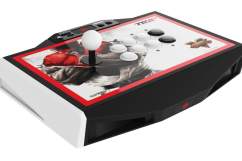 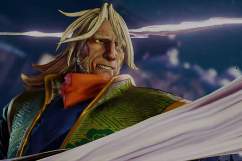