World of Final Fantasy – PC Announcement TrailerFind More Information: https://goo.gl/5L1g8o Embark on a magical journey with siblings Reynn and Lann as they explore the vast land of Grymoire to rediscover their past and save the future. WORLD OF FINAL FANTASY is coming to Steam on November 21st. Check out the Day One Edition! Fans can add the Day One Edition to their wishlist and find more information at: http://bit.ly/2iPxB2Z Visit the Square Enix Online Store: https://goo.gl/rt93KZ2017-10-31T14:00:02.000Z

Square Enix has been on a roll with porting their Final Fantasy titles to Steam. We have recently received news that Final Fantasy XV will be receiving a port to PC (and mobile) called Final Fantasy XV: Windows Edition and it will allow PC enthusiasts to tinker with just about every graphical aspect imaginable.

Today, Square Enix announced it was bringing over the former Sony exclusive The World of Final Fantasy to PC. For fans of the franchise, this isn’t your typical Final Fantasy adventure but instead has more in common with Pokemon as you collect different monsters to fight with you as your allies. It will still be a joyous romp and if you missed out on it since you don’t own a PS4 or PS Vita, then this is your chance.

Although Final Fantasy games of late have went more with the realistic style, The World of Final Fantasy opted for a cartoony chibi look and they’ve pulled it off for the most part. Many players might be turned off initially by the art style but there is a lot more depth to this game outside of the graphics.

The title will be releasing on Steam on November 21 and will feature these key features:

If you purchase the game before November 28, you will have access to the Day One Edition, which includes all of the above features plus a digital soundtrack sampler and a wallpaper showcasing your favorite Final Fantasy heroes and creatures. At the time of this writing, the game does not yet have a product page on Steam.

The World of Final Fantasy will not be releasing as a full-priced game either but will instead be $39.99 on Steam. Consider that one of the benefits for having to wait a while for this game on PC. Square Enix released a new trailer to coincide with this port and you can watch that at the top of this post.

At this point, it really does seem like a matter of time before we see the recent PS4 remaster Final Fantasy XII: The Zodiac Age make its way to PC. If that does happen, practically every mainline Final Fantasy title will be available on PC. We’ll keep our fingers crossed for that possibility. 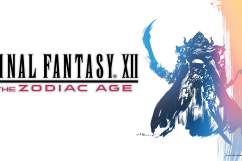