Destiny 2 is perhaps one of the biggest games of the year thanks to its solid story, addictive gameplay, and entertaining PvP. While the base game offered players a fair amount of content, Curse of Osiris marks the first expansion for this title. Aiming to shed some light on one of Destiny 2’s most mysterious figures, Curse of Osiris is set on the now Vex controlled Mercury. Players will be guided through the new story by Osiris’ Ghost, Sagira as they seek to reestablish a connection with this Warlock. Much of this plot is shrouded in mystery, but its clear that something bigger is happening with the Vex.

If you are looking to tune into the Destiny 2 Curse of Osiris live stream it officially begins on November 15 at 11:00 a.m. PST/ 2:00 p.m. EST. You can check out the live stream below which is being broadcasted on Bungie’s official Twitch page.

The Curse of Osiris is aiming to deliver quite a bit of extra content to players with the first being an increase in the Light level cap. Previously set at 305, the new Light level has been confirmed to raise to 330. It’s unclear if this includes the Legendary mod bonus or not, but we do know the base level cap has been raised to 25. How long it will take to achieve this level and if previous endgame activities will be adjusted to suit this increase is yet to be seen.

We also know that there will be new “raid activities” even though Bungie has been very scarce on details. This leaves a lot open to interpretation as it could be simply adding more features to the Leviathan raid, the return of old Destiny raids, or a completely new one. Given the Vault of Glass is shown briefly in the reveal trailer, it would be cool to tackle this famed raid with new gear and powers. This would also make sense given the Vex focused story and enemies that players will be fighting against.

There will also be new strikes, but there are no details on exactly what those missions will include. We also learned that Mercury will include a new social space called the Lighthouse. This location was the final reward area for those who successfully went undefeated in the Trials of Osiris back in the original Destiny. PvP users will also obtain new maps, with PS4 players getting an exclusive level called “Wormhaven.” Users can also assume that new Exotics are on the way, especially since the Jade Rabbit was shown off during the Curse of Osiris trailer.

There’s little doubt that Curse of Osiris is seeking to expand upon the Destiny 2 lore and content offered to players. However, the biggest hurdle is continuing to deliver activities that have a strong replayability for both PvE and PvP users. Given how lukewarm some of the original Destiny’s expansions were, Curse of Osiris has a lot of weight on its mechanized shoulders.

For more Destiny 2 content make sure to check out Heavy’s gaming section. 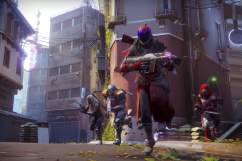 Destiny 2 Supports Xbox One X, No Patch Yet