In the world of esports there are plenty of interesting personalities. Athletes can become celebrities but so too can the people that cover them. We watch their streams, we listen to them talk about our favorite games, and soon their voices become synonymous with the most exciting moments in competition.

If you’re tuning in to the Heroes Global Championship Finals starting on November 3, 2017, then be prepared to meet one of the brightest stars in commentating. People call her Gillyweed and here’s what you need to know.

1. Who Is This Caster Wearing A Murky T-Shirt & Throwing Out Brightwing Quotes?

Her name is Jaycie Gluck and her gamertag is Gillyweed. She’s originally from Kansas and has recently moved to Santa Monica to help host the popular “Beyond the Nexus” with her counterpart Dreadnought.

She is a staple of the HGC casting team for her terrific insight. She’s always prepared and has a commentating style that seems perfectly natural. Outside of HotS, she is an active gamer and producer of several Heroes community podcasts.

Beyond her qualifications, she’s hilarious. Watching her as a partnered Twitch streamer is pure entertainment. With a Sonya, “oooooooaaaaaaaaahhhhh” here and a Brightwing, “fraaaaaaaaannnndddssss” there; Gillyweed keeps everyone entertained.

2. There Are Few Out There Who Know The Current Game Like She Does

With constant patches and hotfixes; it’s an ever changing nexus. It’s hard to understand the current meta in several regions around the world. It’s even harder to understand everything about draft selection and what heroes currently have the best synergy.

Jaycie is one of the absolute best at this. Her insight is second to none and other casters often ask her direct questions about the current meta. She works tirelessly to keep herself apprised of everything happening in HotS.

Take a look at her composition notebook, after a few weeks of casting, if you have any doubts about her attention to detail.

She isn’t overshadowed by the likes of Grubby and his significant knowledge of the EU scene. Gillyweed often delivers the same poignant commentary despite lacking the same professional esports experience as a player.

It makes watching the games easier, more enjoyable, and keeps fans from feeling overwhelmed. It’s a testament to her hard work that she’s kept a finger on the pulse of all things Heroes of the Storm.

The commentators and casters come from all over the world. Heroes Global Championship has people from literally everywhere to cover its numerous regions and they’re ready to provide commentary in whatever language you need. Though when you turn on the HGC Finals at BlizzCon 2017 there will only be the one female caster.

Jaycie “Gillyweed” Gluck has given up a lot in her pursuit of an esports career. She’s moved, she’s left jobs, but she’s made it. It’s no small feat overcoming many of the difficulties inherent to a male dominated gaming culture.

People in chat and online commentary can hide behind their anonymity. They can be cruel and unreasonable. It’s a dark spot on gaming and esports culture. It makes Jaycie a target but it also makes her success that much more powerful.

She is indeed a fan favorite. Her hard work and dedication has made her so. She’s funny, truly enjoys her work, and that makes watching the HGC all the more entertaining.

4. Gillyweed Is Taking Her Talents “Beyond the Nexus”

Blizzard EntertainmentJaycie Prepares For The Next Match

There is no doubt about her presence during the main events. She is an HGC staple and has been active since the beginning. The truth is Gillyweed’s influence is felt even beyond the HGC.

She is extremely active outside of commentating. Through her youtube channel, her twitter, her twitch, and her partnership with Dreadnought; Gillyweed is one of the best ambassadors for Heroes of the Storm.

Constantly advancing the game and growing its viewer base is no doubt one of the hardest challenges. When it comes to MOBAs it was thought to be a saturated market and that there was no room for anything new.

Through the exciting gameplay, the characters from Blizzard’s most celebrated universes, and personalities like Gillyweed that is no longer true. There is a new kid on the block and its here to stay.

5. Once Considered An Aspiring Esports Personality Jaycie “Gillyweed” Gluck Is Here To Stay

StarCraft II was the beginning for Gillyweed. She loved the game and loved watching competitive action. Her first moments at the Lone Star Clash propelled her into esports and she has never looked back.

She grew to nominal fame on the StarCraft scene, but she kept going. Locating an opportunity with Blizzard’s newest title, Heroes of the Storm; she seized it becoming one of the most recognizable faces for the HGC.

Her wit, her insight, and her energy brought her to the forefront. Now, Gillyweed is a veteran, playing a major role in almost every major event HotS has had to offer. She is clearly part of the scene going forward and the future is bright. 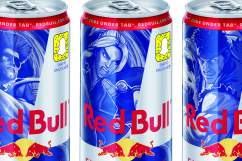