Here are the top 10 tips/tricks/cheats you need to know for Kingdom Hearts Union χ[Cross].

• Each medal has their own special unique attributes and special attacks. When creating your Keyblade deck, make sure to inspect each one to check whether it buffs your attacks, has single or area of effect damage, or can heal you.

2. Complete All the Tutorial Quests

• Sure, you play the mandatory tutorial before you can download the full version of the game, but did you know there is another series of quests you can complete under the “Events” quests unlocked after Quest 34? Complete each one to receive upgrade materials, special Medals, and titles.

3. Join a Party and Reap the Benefits

• Getting bored with solo play? You can always join a party within your union to get more Friend Medals, and get access to daily Lux boosts. Tailor to your playstyle when you join a Union as well. Want a better shot at #1 in the Weekly Solo Rankings? Joining a lower population may help you rank higher, but joining a higher population Union could give you better Friend Medals. Choose wisely and remember you can transfer Unions.

• Want a special attack that doesn’t cost a Medal to use? Your Nova is highly beneficial in quests, and you can rank it up by boosting the Special Attacks on your medals. Combine copies of 4-star or higher medals together to boost its special attack, and gain Nova levels each time you max a 6-star medal’s special. You can rank it up quickly by boosting the medals you obtain during Story Quests.

• Keyblade materials can be acquired outside of Story Quests. If you check out the “Special” section of the Quests menu, you can find daily Keyblade material quests. Complete the objectives for avatar coins and different types of Mythril, and gather up tons of materials in each stage.

7. Unlock the Beginner’s Luck Avatar Board

• Did you grab a high-level medal when you first started, but found that you couldn’t equip it? Purchase the Beginner’s Luck Avatar Board for 100 Jewels and you can unlock more Keyblade “cost,” which lets you equip better medals. You can also use the Cid medals from this Board to permanently lower the cost of any medal. Don’t forget: all avatar boards carry helpful stat boosts for AP, HP and Keyblade cost.

8. Collect Jewels From Many Different Sources

• Jewels can be gathered from many different locations – daily login bonuses, Union Cross Boards, Event Quests and also from every five Story Quests completed. They can also be gained from social events on Twitter and Facebook.

9. Low on Lux? Farm it in Different Places

• Trying to reach Level 300? Aside from Story Quests, you can gather large amounts of Lux from Union Cross and Monthly Raids. If you’re in a party, make sure to activate the Lux Boost from the Home Screen before going into a raid for the ultimate Lux farm.

• Proud Mode is the ultimate challenge in Kingdom Hearts Union χ. Each quest will have a different challenge, and Keyblade setups are more important than ever. Even older medals can shine in Proud Mode. 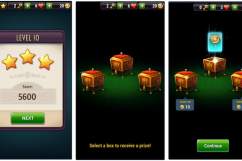