Stardew Valley Creator Eric “ConcernedApe” Barone announced via Twitter that he’s working on new content for the game to be released with the upcoming free multiplayer update. He promises that it will affect single player as well.

I'm working on some new Stardew Valley content, to be released with the upcoming free multiplayer update. This will affect single-player, too! I'll share more when the release gets closer. Though I'll keep some things secret (more fun) pic.twitter.com/rgWCt8IIRi

All we have to go off of is the image of the boat above. Perhaps this will whisk the player away to a new world. Or maybe it’s a fishing boat that will grant access to new fishing spots. Maybe there will be a new questline involving Willy the fisherman. We’ll just have to wait and see.

The last major update to come to the game was the 1.1 update, which added new marriage candidates, new farm buildings, new farm maps when starting a game, coffee beans, the cellar upgrade, casks, new food items, new furniture, and two new quests involving the Wizard that have you traveling to two new areas. All the other updates have been more minor changes and bug fixes such as adding new languages to the game.

Barone also said that multiplayer is coming along great thanks to the help of developer Tom Coxon.

Testing multiplayer… it's coming along great! @tccoxon is doing fantastic work. I'm really excited, this is already really fun and it's only going to get better before release. Check out my log cabin pic.twitter.com/f4YlHL3fCx

He also put the original soundtrack on Bandcamp.

I just put the Original Soundtrack (Including 1.1 songs) on bandcamp: https://t.co/A2Zv50eXbP

The Nintendo Switch version was released on October 5, 2017. The publisher submitted the game to Nintendo early September. In August, they fixed the last known bugs for the version and said that a release date will be announced as soon as they can be sure of it. They also posted some pictures of the game running on the Switch.

Stardew Valley first released on February 26, 2016, where it quickly made it to the top the Steam sales charts. It was also critically well-received with the PC version earning an 89 on Metacritic. The game has since then seen releases on PS4 and Xbox One. A Wii U version was planned but scrapped when production moved to the Switch. The Switch version became one of the top games in the Nintendo eShop for Switch.

The game was taken off the list of games coming soon to the Nintendo Switch back in June 2017, as Heavy reported. Damon Baker of Nintendo of America confirmed that they were looking into getting the game back on the list. The game was eventually put back on the list but its release date window changed from “summer 2017” to just “2017”.

Harvest Moon: Light of Hope, the latest entry in the long-running series Stardew Valley was inspired by, is coming to the Switch as well. This means that Stardew Valley won’t be the only farming simulator on the Switch. It made an appearance at E3 2017, with President and CEO of Natsume Hiro Maekawa saying that they wanted to go back to the series’ roots.

Are you excited for the new update? What do you think will be included? Let us know in the comment section below. 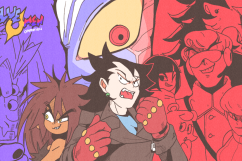