An official construction map has been revealed for the Super Nintendo World attraction at Universal Studios Orlando.

Chip Skambis, assignment desk editor for WFTV9 aka Central Florida’s ABC News affiliate, shared the map on Twitter. The darker outlines show the general structures of the buildings in the 8.8 acre area. He said that the plans show that there is going to be a dining area with a total seating capacity of 365 seats. Super Mushroom stew, anyone?

A few more #Nintendo Land plan details, including a map. The plans show Universal plans to have dining with a total seating capacity of 365 seats. Sorry we didn't have time to shade in the map, but you can see Simpsons and Fast Food corner to the left and ET to the bottom right. pic.twitter.com/xXqg52s9CX

Super Nintendo World hugs Springfield: Home of the Simpsons to the left and the E.T. Adventure ride to the bottom right, taking over Woody Woodpecker’s KidZone.

Skambis also confirmed that Universal Studios Orlando submitted plans for the 8.8 acre Super Mario Land, called Prj 487, on November 21. The area will have a 204,993 square foot Donkey Kong section and a 76,916 square foot Mario Kart section. He said that the area will have 48 toilets. Construction will likely start in early 2018. He also shared some official documents below:

The employee cafeteria behind the Simpsons fast food corner will be demolished to make room for the project, said Skambis.

Sources told WFTV9 that Universal Studios plans to add more Nintendo rides and attractions to Islands of Adventure as well as the recently purchased 500 acres of land on the other side of Interstate 4 near Universal Boulevard.

According to a press release, Super Nintendo Land will have two layers of shops and restaurants as well as its own Mario Kart-themed ride. Professor Emeritus Katsuhiro Miyamoto of Kansai University says that the project will generate over 6.2 trillion yen in the Kinki region and about 11.7 trillion yen in the whole country over the 10 years after it opens with approximately 108,000 people employed. According to Fortune, Universal is dedicating 40 billion yen (or around $352 million) to the project, which is $87 million more than they spend on the Harry Potter world.

Video game publisher Ubisoft is planning its own 10,000 square meter “next generation” theme park opening in Kuala Lumpur, Malaysia, in 2020 featuring its video game franchises. The project is being led by Ubisoft Motion Pictures, which oversees the company’s film and television projects, and are partnering with Malaysian Developer RSG who are also building Movie Animation Park Studios incorporating projects from DreamWorks, The Smurfs, and more. 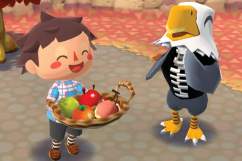