Friday the 13th: The Game has steadily been releasing updates since its release earlier this year but this update may end up being one of the biggest yet.

The level cap will be raising from 101 to 150 which will give players several more hours of grinding to reach the new max level. The cap isn’t just raising for no reason but it will also be giving new cosmetics for both the counselors and for Jason. Here is what the notes say about that:

New for Counselors: More clothing coloring options for Mitch, Fox… and a couple more counselors that we aren’t ready to speak about, yet… allowing you to stand out from the other prey in the match.

New for Jason: get ready to murder pesky counselors in new ways. In the upcoming patch you will be able to unlock two brand-spankin’ new grab kills for Jason, absolutely for free. Well, except for the cost of CP. We’ll also have bloody variations of multiple Jasons allowing you to walk around splattered with blood like the slasher you are.

Offline bots are being introduced into the game with today’s update and while it’s not a full-blown single-player campaign it is a way to enjoy the game without playing online. If you haven’t played in several months you’ll be able to get acclimated with the new maps the game has introduced recently.

Players will only have the option to play as a counselor in the offline mode and players also have the option of selecting the number of counselors that appear in the match. Here’s what the development team has to say about the new mode:

They’ll fix cars, boats, hide in closets, under beds, in sleeping bags, barricade doors, and more to keep you from making them into another victim. Feel like honing your single prey hunting skills? You’ll be able to select from 1 to 7 counselors in your offline game to ensure that you are playing against exactly how many counselors you want to stalk.

Shelly, the man who gave Jason his mask, will also be making a return to Crystal Lake with the latest patch. Check out his trailer here.

The last thing being introduced with this update are the Holiday Events. These timed events will give players a better chance of rolling Rare or Epic perk, an increased drop in Pamela and Jarvis tapes and then double CP to end the events. Here is the schedule the developers listed:

Starting on December 18th and lasting through to the 23rd, your chances of rolling a Rare and Epic perk will be increased. My advice, hoard that CP you collect over the weekend and spend it next week instead.

Starting on December 23rd and running through to the 27th, your chances of finding BOTH Pamela and Jarvis tapes will be increased. If you’re rummaging through drawers and find one, maybe go ahead and be a Chad and keep it for yourself.

Finally, from December 23rd and running through to January 2nd, you will be earning DOUBLE CP. Please note that CP earned from leveling up is NOT doubled, but everything else is.

The update releases today for Steam and PS4 owners with an Xbox One release not too far behind. For more Friday the 13th: The Game news stay with us here at Heavy. 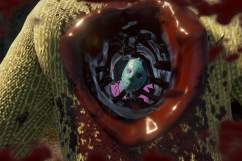 Friday The 13th: The Game: Advanced Tips and Tricks As Jason