Josef Fares is an award winning film and game director. After leaving his war-torn home country of Lebanon for Sweden as a child, he became a household name in European film before going on to create the classic Brothers: a Tale of Two Sons. Now he’s creating a new game A Way Out, a cinematic co-op game about two convicts escaping prison that requires a second player.

He recently made waves on social media for his rant during the Game Awards 2017 in which he lampooned publisher EA and told the Oscars to go “f**k themselves.”

Before revealing a new gameplay trailer for A Way Out, Fares took the time to deride both the Oscars and game publisher EA.

“The Oscars should f**k themselves. This [The Game Awards] is the sh*t. I’m telling you.”

He said that A Way Out “doesn’t have anything with the EA sh*t going on or the loot box and stuff,” referencing the controversy surrounding the loot boxes and microtransactions of Star Wars Battlefront II. However he also said that “EA has been very good to me.”

Fares said that he was a little bit jet-lagged.

The rant made waves on social media.

LOL is this guy trashed?

I don't know this man but I respect anybody who takes their talking time in front of hundreds of thousands of people to say "can I swear? yes? FUCK THE OSCARS FUCK YOU OSCARS ????"

RT so "Fuck the Oscars" is on everyone's timeline #TheGameAwards pic.twitter.com/BcCBbVvCGu

HOT TAKE: That “fuck the Oscars” moment is super goddamn embarrassing for our industry.

Fares told Polygon that the rant was an expression of who he is and that his passion sometimes overcomes what he wants to say. He also said that he “was caught up in the moment” but also noted that he might have expressed the same sentiments even if he weren’t appearing live at the awards show.

“I can’t change who I am,” Fares told the publication. “It’s very hard to control. When I get excited, it’s like — it’s hard to control. Like, it’s almost like: In my head I want to say something, but my mouth, it kind of, like, takes out everything.”

Fares explained to the publication that his intent was to challenge how gaming sees itself as lesser than more established art forms like films or TV.

“This is an example,” Fares told the publication. “It’s not that I have anything against [the] Oscars. But there’s a lot of talk about, like, you know, ‘This is like the Oscars.’ Like, the Oscars, the Game Awards, ‘we’re trying to be like the Oscars.’ I’m like, come on, man. I mean, it’s time for people to understand that games are, like, a serious art.”

A Way Out is being made in partnership with EA as part of the EA Originals program. EA Worldwide Studios Executive Vice President Patrick Soderlund applauded Fares and his studio in a press release.

Josef and his team at Hazelight represent everything that EA Originals stands for. They are a small and very talented group with a vision and passion for a game that is truly unique in the video game industry. A Way Out is going to surprise people with its innovative co-op gameplay and the way it tells an emotional story solely through these two characters.

Kotaku News Editor Jason Schreier said that Fares was described in a leaked EA marketing campaign that he had great personality and passion but he should be watched so that he doesn’t spark controversy.

The guy who just said "Fuck the Oscars" at The Game Awards was described in a leaked EA marketing campaign this way: "Josef as a personality is a plus, his passion is great, but need to watch out for controversy.”

Variety named him as one of 10 upcoming directors to watch out for in 2006.

A Way Out stars two convicts, Leo and Vincent, who work together to escape from prison and run on the lamb. Along the way, they’ll encounter car chaces, stealth passages, melee fights, shootouts, and more as you get to know the two characters.

The game can be played online or local but will be split-screen co-op only. Players will have to work together to get through the levels. A character can also be controlled while the other is in a cutscene.

Writer and Director Josef Fares explains how he got the idea for the game in a press release from EA:

The idea for A Way Out came when me and a friend tried to find a story driven co-op game that wasn’t a drop-in/drop-out experience. We simply could not find a game like that. We’re also bringing an innovative look into how to tell the story of both these characters. Players will be immersed in the game with the way we change the display from a full screen experience seamlessly to different cinematic split-screen formats. By focusing on the two characters in different ways, it opens up a huge variety of gameplay, as we really wanted to avoid repetitions so they will get to know the characters through very different situations.

Fares and the core team of Brothers: A Tale of Two Sons created Hazelight Studios in November of 2014. They first teased A Way Out during the Game Awards 2014 when it was still very early in production.

A Way Out isn’t the only game that’s a part of the EA Originals program. The first game under the partnership is Fe, a game by Swedish developer Zoink. The game has you flying and exploring around a surreal landscape interacting with other creatures. It was first revealed during EA Play 2016 but wasn’t shown off during EA Play 2017.

Soderlund writes that EA Originals was formed to find promising games from smaller developers and support the creation of said games.

Studios EA Has Killed: A History

4. He’s Also Behind Brothers: A Tale of Two Sons

Fares was also behind the critically-acclaimed Brothers: A Tale of Two Sons, developed with Starbreeze Studios and released on August 7, 2013. In the game, you controlled both brothers with both analogue sticks and trigger buttons solving puzzles and working in tandem with each others’ strengths and weaknesses.

After Fares made a name for himself in Europe’s film scene, he was invited to give a lecture at a local school in Orebro, Sweden in 2010 according to an interview with Polygon. The school then asked him if he’d be interested in designing a prototype for a game. He always loved games so he jumped on the opportunity. He got together a local design team for six weeks to design what would eventually become Brothers: A Tale of Two Sons.

The pitch for the game was turned down by two studios before being picked up by Starbreeze Studios, the developer behind The Chronicles of Riddick: Escape From Butcher Bay and Syndicate.

The game has won over 50 awards including D.I.C.E. and BAFTA. The PC version of the game has an average score of 90 on Metacritic.

5. He Had to Exacuate His Home Country of Lebanon

According to an interview by Polygon, Fares had to grow up in Lebanon during the Civil War and confronted violence daily. He had a grandmother in Stockholm, Sweden, so he and his family tried to move out there. After four attempts and getting the papers right and earning enough money, they finally moved out on the fifth try when he was 10 years old.

“I experienced a lot of things a child should not,” he told the publication.

“It was really, really bad,” he told Polygon about his experiences. “I don’t know if you could say it scarred me or anything, but it definitely changed me into the man I am now. I don’t know. I just have this very strong confidence now, whenever I go into something new. The journey from Lebanon to Sweden was definitely a big inspiration [for] how I see the world today.” 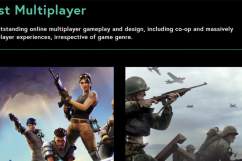