For 2017, several special guests will once again be on hand to give the live audience a show to remember. Confirmed to appear during this live stream are Hideo Kojima, Norman Reedus, Aisha Tyler, Guillermo del Toro, Felicia Day, Andy Serkis, Justin Roiland and Zachary Levi. On the musical performance front, you can expect to see French band Phoenix, Avenged Sevenfold’s guitarist Synyster Gates and cellist Tina Guo perform. And finally, there’s word that a few unannounced guests will be on hand to shock those watching at home and everyone in attendance. Besides celebrities, musicians and gaming personalities, gamers will be treated to several world premiere trailers of upcoming games. So far, all we know is that the sixth entry in a major franchise will be revealed (Soul Calibur 6? Hope so!).

You’ve come to the right place if you’re looking to watch the entirety of The Game Awards 2017. In the meantime, read up on the short history of the show in the description posted below:

The Game Awards was created in 2014 by media entrepreneur Geoff Keighley. Over the past two decades, Keighley has served as a journalist, host, and producer of video game programming cross multiple platforms, including print, television and digital media. Keighley is perhaps best known for his work over the years with Entertainment Weekly, Spike TV, G4, and YouTube, as well as his landmark series of behind the scenes game development stories known as “The Final Hours.” In 2017 he also produced E3’s first consumer programming, the “E3 Coliseum,” two days of panels with game creators and master storytellers from other entertainment mediums.

Refer to the list below to check out the award categories who’s winners will be revealed during this live stream: 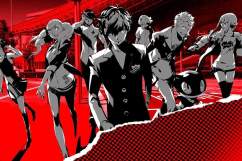 Video Game Awards 2017: Every Winner in Each Category