Here are the top eight tips/tricks/cheats you need to know for Hero Hunters.

• Sometimes it’s better to hold onto a charged skill so you can use it at just the right moment. For example: Mandrake’s Tomahawk has a very low cast time, which makes it ideal for interrupting the skills of enemy heroes. Dogface is most effective when you deploy Heavy Cal and Fire At Will simultaneously.

• Your Heroes’ skills gain additional charge when you land a shot on an enemy with your basic attack. The more shots you hit, the quicker your skills will charge, so accuracy makes a difference. The AI will also do this, but they are generally less accurate than a human player. If you want a Hero to have their skill charged quickly, play as them and land as many shots as possible.

• Some skills can be aimed by holding down the Skill button. This can be used to maximize the destructive potential. Try lining multiple enemies up in Richter’s Thumper Shockwave to stun them all at once.

• Dodging to another cover point isn’t just a good way to avoid grenades. Having your cover break in front of you or being hit with some heavy attacks can temporarily disorient your Hero. Dodging can still be used during this reaction though, which prevents you from being an easy target.

• Want to earn as many Bucks as possible in your next Gauntlet run? There are a few nuances that will help you get further in the mode if you use them to your advantage. Skills retain their charge between their missions. Almost wiped out the enemy team? Maybe you should hold off on using Butter’s Defender Shield until the start of the next mission. Choose wisely though, as the AI will auto-deploy skills. Play as the Hero whose skills you want to save and hold off on deploying the skill until just the right moment to use it. Heroes cannot be used in multiple Sectors, so you’ll want to try to complete each Sector using as few Heroes as possible. You don’t always need a team of five to beat a Sector. A balanced team with a Tank and a Healer can make it through some of the lower Sectors with only three or four Heroes. Make sure you leave a few of your most powerful Heroes for the end, though.

• Even though you meet the power recommendation on the game’s most challenging missions, like Co-op Raid and Assault on City Hall, they most likely won’t be a walk in the park. Good team composition and strategy is required for success. Start by focusing on your team; bring along a Mandrake at Gold to cloak weak teammates, Moss for heals, and Maven for great AOE damage. Any additional Heroes should be Crowd Control-focused. In the Raid, focus on killing supporting fodder quickly but try to ignore the low-threat fodder like Assault Troopers as they will spawn Stun Snipers when killed. Bosses will spawn additional fodder when they reach low health, so don’t always target them first. Save Mandrake’s Tomahawk to interrupt Savage’s Spray and Pray.

• Pay attention to the elements of enemies you’re shooting, especially in Hero-centric modes like PVP and Gauntlet. Green arrows above the enemy’s Elemental Icon on your HUD means you’ll be dealing Bonus Damage, while red arrows means you’ll be dealing less damage. The AI will not prioritize targets by element, so you can make a big difference by switching to a Hero with an elemental advantage over your enemies and prioritizing targets you’ll deal Bonus Damage against.

• Pay attention to Gold Skills when deciding which Heroes to invest in. Many Heroes have Gold skills that are complete game changers. Keel turns into a powerful healer whenever enemy cover is destroyed, especially when paired with a Hero that excels at destroying cover, like Baron. Phoenix gains the ability to resurrect herself after being killed. Halloway begins distributing damage taken between his Holo Doubles, making him much more tanky-like. Bolt’s Gold Skill is the “called shot” which is a powerful long-range blast. 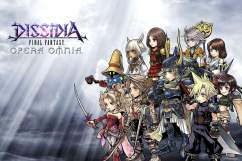