Rayquaza, the flagship Legendary Pokemon of Pokemon Emerald, is now a Raid Boss in Pokemon Go. The Pokemon will be available from now until March 16.

Once you defeat and capture the Pokemon, you may be wondering what its maximum CP and stats are. Well look no further.

Here are the max CP values and stats of Rayquaza according to GamePress:

Here are the stats of both Groudon and Kyogre:

Rayquaza can have dual Dragon moves, dual Flying type moves, or a mix of the two. Dragon Tail with Outrage offers a wider neutral coverage than Air Slash with Aerial Ace but those moves are best for taking on bug, flying, and grass type Pokemon. Ancient Power is not recommended.

Rayquaza double resists grass and ground types and is resistant against bug, fire, and water types. It is double weak to ice and weak to rock, fairy, and dragon types. 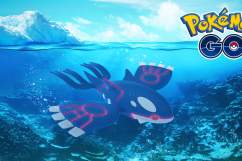