Monster Hunter World’s Deviljho is the very first DLC monster to be released and came with the 2.0 update. It’s a beast with the sole purpose of taking down entire ecosystems. It’s already one of the most fearsome monsters in the game, but stick with us and you’ll be able to beat it in no time and make your very own Deviljho fashion line from its parts.

Where to Find Deviljho

Now fighting Deviljho is one thing but finding it is another thing entirely. When the update drops you don’t get a quest. What you need to do is open up your world map and find a location that has a monster icon with question marks over it. That’s where Deviljoh is. The release trailer for the monster implied that it makes its home in the Ancient Forest but it can be found everywhere. Note that you need to unlock High Rank before you can defeat Deviljho.

Once you located the monster, start an expedition. Then follow the monster tracks right to the monster. Now you could take it down without it leaving the locale especially if you weaken it enough to capture it. But more times than not it’ll run away. Thankfully there’s an easier way to fight it.

Once you locate one of the monster’s tracks, head back to Astera and talk to the Jovial Scholar. He’s the one with the blue exclamation point next to the quest board in the tradeyard. Then you’ll start the Deviljho investigation. As you complete rank six or seven quests as well as high rank expeditions, you’ll find the monsters tracks and the monster itself. Once you gathered enough research points from the tracks and encounters, talk to the Jovial Scholar again and he will issue a Special Assignment that can yield special rewards. In fact, if you’ve already encountered Deviljho one or two times and picked up all of its tracks, then you may have already unlocked the Special Assignment. Keep in mind that you need to have access to rank seven quests to accept the Special Assignment. Also note that Deviljho can appear in quests it isn’t listed in.

Deviljho is weakest against dragon and thunder element weapons. Therefore your build should focus around these weaknesses. Don’t bother with ice element weapons as the beast is pretty strong against those. It’s also moderately susceptible to all status effects.

Wearing at least three armor pieces of the Vaal Hazak family gives you the set bonus of being able to regenerate health beyond the red portion of the health gauge. Otherwise health regeneration would stop after the red portion was filled. This bonus works well with the other skills granted by the armor pieces like Peak Performance which boosts attack when your health is full and Recovery Speed which speeds up the healing of recoverable damage. The armor also has the Dragon Attack skill which is necessary for boosting the power of your dragon element weapon. However, the Vaal Hazak armor is very weak to Deviljho’s dragon breath but the level two Dragon Resistance skill of the Dober Coil should balance it out. If you want to be a bit risky and don’t have any decorations that boost the Dragon Attack skill, then you can wear the Death Stench Bowels which further makes you weak to dragon but boosts your dragon element attacks and has the Focus skill which increases the gauge fill rate of your long sword and other weapons as well as the charge rate of your hammer or other weapons. The Jyura Greaves boosts the Focus skill even further. Then just add the Dragon Charm to boost your dragon resistance or the Health Charm to boost your health points. Then just use whatever dragon weapon you like best (we prefer the Nergigante weapons and their upgraded versions). The Dragonproof Mantle you get for beating Deviljho in the Special Assignment protects you from the effects of its dragon breath while boosting dragon element damage according to the Monster Hunter World wiki. The Vitality Mantle and Health Booster (whichever you prefer) are for survivalbility.

If you want something a bit more protective against dragon attacks while exploiting Deviljho’s thunder weakness or if you don’t have access to Vaal Hazak armor, this build is for you. Wearing the Ingot Helm, Ingot Vambraces, and Kadachi Coil will boost the Thunder Attack skill to maximum. The Rathalos Mail has the Weakness Exploit skill which significantly boosts the critical hit rate of attacks that target weak points (30 percent at level two and 50 percent at level three). The Jyura Greaves are a must have for weapons with gauges or charge rates but you can swap them out for the Rathalos Greaves to boost the Weakness Exploit skill to maximum if you don’t mind less dragon resistance. Then just slap on the Dragon Charm or Health Charm and add your favorite thunder element weapon. Once again you can equip the Dragonproof Mantle for protection from Deviljho’s dragon breath, or the Vitality Mantle or Health Booster for a better chance at living. 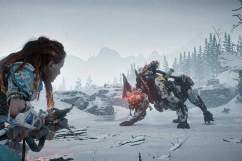 The most dangerous area you can be in when fighting Deviljho is in the front. It has a variety of bite attacks that are all devastating. It can occasionally combo three to five bites in succession. It also has an attack where it slams its head into the ground and then scrapes it upwards, so be sure to dodge the follow up attack. Unfortunately its head as well as its chest are its weak spots. So whenever it bites, dodge out of the way and hit its head or chest. Try hitting the head from the side so you can be somewhat out of harm’s way of its bite attacks. Since its head is a bit higher off the ground, something with vertical reach such as a long sword or switch axe works wonders.

Be careful when keeping your distance as it has some long range attacks such as one where it tosses a rock and one where it hops at you with its legs stretched out. Also be wary of its sweeping tail attack which has a wide range but has a pretty obvious tell of Deviljho lifting up its tail before it happens. Severing the tail should decrease the range of the tail attack significantly.

You may tend to stick to its side and around the legs when fighting Deviljho as its attacks are mostly focused on its front. But not only are Deviljho’s sides not weak to attacks but it has some attacks that can hit you from its side like the sweeping tail attack, leg kicks, and a side tackle.

When it starts glowing red, it not only gets more aggressive but gains a sweeping dragon breath attack. It expels a very powerful cloud that inflicts the dragonblight status effect which nullifies your weapon’s elemental properties. Don’t worry, though, as all you have to do is eat a Nulberry to get rid of it. It always starts spewing from its right side so dodge towards its left side.

It will attack everything and anything in sight, which is both a blessing and a curse. It can pick up smaller monsters and swing them around to attack. According to the Monster Hunter World wiki, it can pick up the Great Jagras, Kulu-Ya-Ku, Anjanath, Tobi-Kadachi, and the Odogaron. It will get into fights with bigger monsters with both monsters dealing damage to each other. When this happens, focus your attacks on Deviljho while he’s momentarily distracted. But be careful as both monsters can go after you. Devlijho has unique Turf War encounters with the Rathalos, Diablos, Legiana, and Bazelgeuse and both monsters will receive massive damage after these encounters. A Turf War between a Deviljho and a Bazelgeuse will see both monsters taking around 1,300 damage.

So keep all that in mind and you should defeat “the pickle” in no time.

Have any other tips for beating Deviljho? Let us know in the comment section below.