Season 3 of Fortnite: Battle Royale introduced Weekly Challenges into the mix that give players some goals to accomplish to help their Battle Pass rank up.

Many of these challenges involve killing opponents in certain locations or opening chests but some of them involve you following a map or finding hidden locations on the map.

We previously covered another Week 3 challenge which involved players following a treasure map in Snobby Shores. You can read more about that challenge here.

Right now we’re going to focus on the landing at different bullseyes challenge and what that means exactly. If you’ve played Fortnite: Battle Royale long enough you might remember there being a bullseye or two on the map itself as well as there being an emote. The challenge isn’t talking about any of that.

You’ll notice that when you log in today and play a few matches you’ll see pulsing red circles on your map when you’re dropping in. These are the bullseyes you’re looking for and you’ll have to land on seven of these to complete your challenge. You can get an example of one in a screenshot below.

There are many of them scattered across the map so you definitely don’t have to worry about running into opposition at all of them.

Our best advice is to target one of these spots every game and just get it completed over the course of seven games. Remember, you don’t have to complete all the challenges this week so you’ll still have plenty of time to get it done.

You do have to complete each match to its finish for the challenges to register so don’t quit the matches once you land. If you want to speedrun them all then you can just build a tall structure and jump off.

Week 2 featured a few challenging challenges which we also have you covered for in case you missed them. You had to dance at five different forbidden dancing locations which were marked by signs. You can find out more about those locations here.

Players were also asked to search between a pool, a windmill and an umbrella. This spot wasn’t all that hard to find once you knew what you were looking for. You can find that answer to that challenge right here. 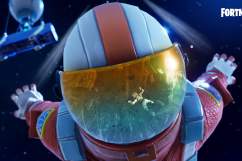