H1Z1 just released a rather big update to the game in Auto Royale which put an all vehicle playlist into the game and also allowed the game to break free from its Early Access title.

Fast forward just a few days and now it has been announced the title will be going free to play. If you check at the time of this writing you will notice the game still has a price tag on Steam so you’ll have to wait a little bit longer until the game becomes officially free.

You asked, we heard you. #H1Z1 is going FREE TO PLAY on Steam! All the details can be found right here >> https://t.co/EFYD8x68Vq ! Been with us this whole time? We've got an Appreciation Pack waiting for you, too. #H1FREE1 pic.twitter.com/t77VEQt5pe

The game will go free at about 10 a.m. PT / 1 p.m. ET which means we still have a couple of hours to go if you’re reading this right.

If you have already purchased the game, especially recently, and feel robbed then the developers have something for you. Players who have purchased the game will receive “the H1Z1 Appreciation Pack” which will contain the following:

It is a small token of appreciation for those who have supported the game through its ups and downs and it gives players something to show off if they have bought the game.

H1Z1 is considered one of the founding fathers of the battle royale genre and not too long ago it was considered the king of the genre. Eventually, PlayerUnknown’s Battlegrounds and Fortnite: Battle Royale came around and put H1Z1 in a bad spot.

Coupled with an ever shrinking playerbase and updates fans didn’t like, H1Z1 fell out of favor in terms of battle royale games. H1Z1 was released to early access back in 2015 while the development was split to start work on the battle royale game in 2016 so it’s possible fans got tired of waiting and went on to different things.

With the release of Auto Royale and the news the game is going free to play, it’s possible we could see a new influx of players enter the game.

“We are very excited to announce that H1Z1 will be free to play starting today,” said Castoro in a statement. “Not only does this decision allow us to share our version of Battle Royale and Auto Royale with even more players, but it signifies the next step in making H1Z1 a must-watch esport. The Pro League is going to redefine esports when it kicks off in Las Vegas this April, and whether a person is an aspiring pro athlete or just wants to play with friends, we want everyone to have the chance to play the most competitive battle royale game.”

The game will likely still struggle to regain its foothold in the genre but the release of the new game mode and going free to play are definitely steps in the right direction. Stay tuned to see what changes are coming to the game next.

For more news, guides, and features make sure to visit Heavy’s gaming section. 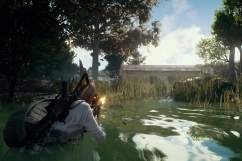