Nintendo has finally answered the call of the fans and has announced a Nintendo Direct for tomorrow, March 8. We don’t have any clear idea as to what could show up tomorrow but we can jump on the hype train with our predictions.

Keep in mind everything in this post is pure speculation based on wants and desires so try not to take any of this as absolute fact. Nintendo Directs are usually met with high expectations and huge letdowns so we’ll try to not let it happen this time.

What we do know is the Direct will focus on both the Nintendo 3DS and Nintendo Switch along with giving us some more information about the upcoming Mario Tennis Aces. It probably won’t take a half hour to talk about that game so let’s dive into some other games that could be mentioned.

One possible game that could show up is Diablo 3. The game has been in the news lately because of a cryptic tweet by Blizzard which led many fans to the conclusion that the game would be making its way to the Nintendo Switch.

Blizzard has done its best to put out the fire but that fire started right back up after Eurogamer came out with a report saying the game is in production for the Nintendo Switch.

Eurogamer sources have told us that yes – the project is very much in production. And as you might expect, the game will be a port of Diablo 3.

Our sources could not confirm whether the game’s Reaper of Souls and Rise of the Necromancer expansions will be included – but at this point it would be surprising if they were not.

With that said, Diablo 3 is certainly a possibility for this Direct.

Another possibility is more information about the new Fire Emblem title coming to the Nintendo Switch. A Twitter page by the name of Vandal_Leaks accurately reported the existence of the Nintendo Direct and also said a game called Fire Emblem: Elegy for the Brave will be debuting on the console this summer.

The subtitle we provided for the new Fire Emblem title for Nintendo Switch may not be accurate – maybe and old/ WIP naming for the game. Thuough I am confident that the game’s theme revolves around soldiers passing away.

We do know Fire Emblem is eventually coming to the Switch so it wouldn’t be all that big of a surprise if it is indeed announced.

There are also a variety of things fans have been looking forward to that could be announced. News about a port of Dragon Quest XI would definitely be appreciated along with any news about future OS updates, Virtual Console and the Online Service.

Another thing fans are looking forward to is the announcement of an Animal Crossing or Super Smash Bros title coming to the console. The Animal Crossing train has picked up steam since the release of Animal Crossing Pocket Camp and it would almost derail if an actual console version was announced.

Super Smash Bros seems inevitable so the major question is whether it will be a port of the Wii U/3DS version or if it will be a brand new game altogether.

What about you? What are your predictions for tomorrow’s Nintendo Direct? Let us know in the comments below. 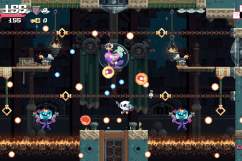