Nintendo of America confirmed via Twitter that the Pearl and Marina Amiibo 2-Pack is now available for pre order for $24.99.

Get ‘Off the Hook’ with the #Splatoon2 Pearl & Marina #amiibo 2-pack, arriving 7/13! Pre-orders available now! pic.twitter.com/rmXZNIxL0P

You can pre order the Off the Hook duo at the following places:

The duo is currently sold out or unavailable at the following places (but may be restocked in the future):

We will update the lists as the girls’ availability changes. It is currently unknown what the Amiibo will do when scanned into the game.

Update (July 6, 2018): The Japanese Splatoon Twitter account shared what the Amiibo will do when scanned into the game. You will receive outfits your avatar can wear based on Pearl and Marina’s outfits in Splatoon 2’s Octo Expansion. You will also be able to snap pictures of the characters like you can do with other Amiibo characters. It also looks like the Amiibo will unlock additional visual skins for the rhythm minigame found in the main hub zone.

Detective Pikachu is getting its own Amiibo based on the titular Pikachu which is nearly twice as tall as its normal counterpart. You can pre order the amiibo now at Best Buy, Walmart, GameStop, and Amazon.

Detective Pikachu – Another look at the super-sized amiibo https://t.co/74bndKxqGu pic.twitter.com/a26bKq0Gsr

In other Amiibo news, a Solaire of Astora Amiibo will be released alongside the Switch remake of the original Dark Souls. The Amiibo will unlock the “praise the sun” gesture in-game. No word yet on pre orders.

Praise the Sun! A Solaire of Astora #amiibo will also be released alongside #DarkSouls: Remastered on 5/25! pic.twitter.com/CcNgw69HyL

Splatoon 2 is getting a huge version 3.0 update in late April 2018, according to a recent Nintendo Direct. The update brings over 100 pieces of gear to the shop along with the Piranha Pit and Camp Triggerfish maps returning from the first Splatoon and a new map based on a theme park. Rank X will also come to the game which is one rank higher than S+. Callie will appear in Octo Canyon if you meet certain conditions.

The game will gets a single player expansion in the summer where an octoling called Agent 8 explores over 80 test facilities that dive into the lore of the game. After playing through all the levels, you’ll get to play as octolings in the game. The expansion is also available for pre order from the Nintendo eShop for $19.99 and doing so will grant you the Octo Headgear and Clothes for use in Splatoon 2.

Nintendo Deputy General Manager and Producer Hisashi Nogami and Manager of Production Group No. 9 Kosuke Yabuki will be at the Games Developers Conference on March 21 to host the presentations “Splatoon and Splatoon 2: How to Invent a Stylish Franchise with Global Appeal” and “ARMS: Building Mario Kart 8 Insights into a Showcase Nintendo Switch Fighter” respectively. 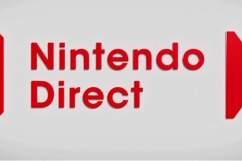