Here are the top five tips/tricks/cheats you need to know for Tekken (Mobile).

• Hopping into the mobile battles of Tekken means you’ll be tasked with tackling the Story, Dojo, Live Events, and Local Vs. modes. Story Mode is exactly what it says it is – a portion of the game that pushes you through a series of acts that explains the game’s narrative. Each act will push you towards different paths, which will activate certain fights and gift you with all types of rewards. There’s also Featured Acts, which are time-based side stories that focus on a particular character. Once you complete an act, be sure to go back into each of its chapters and explore the other routes. That way, you can fully explore that act and get all the goodies it has to offer.

• As for the Dojo Mode, this part of the game challenges you to attack other players’ dojos and set up a three-person team to defend your own. Make sure you set up a strong team of attackers and defenders – wiping out a rival dojo team grants you a Dojo Chest, while your defenders’ progress and the status of your Tier Level helps you win Keys. Dojo chests take an hour and 15-minutes to open – just be patient and wait instead of using your Gems to speed up the unlocking process. Taking down a player’s Dojo gives you the chance to borrow their top fighter for use in other modes. Try to buy at least two extra Rival Slots so you have three backup fighters in tow.

• Live Events are time-based challenges that tend to test your team’s mettle against tougher opponents. It’s always best to take on the Boss battles first – all you’re asked to do is rack up as much damage as you can before getting KO’d. The type of rewards you get depends on the number of damage you dish out to that unbeatable boss. As for the other types of events, make sure you bring a two-star or higher ranked fighter into the arena with those solo combatants. If you manage to beat them twice, then you’ll get all the rewards that fighter has. Local Vs. Mode hasn’t been implemented as of yet, but I’ll be sure to break that mode down once it’s readily available.

2. Get Ready for the Next Battle

• When it comes time to fight, it’s always in your best interest to have a team who’s level is above the recommended level. You should also select three attackers of different elements as well – that way, you’ll have a fighter on hand who’ll be stronger against an opponent of a different elemental type. Always keep in mind that fire beats grass, grass beats thunder, thunder beats water, and water beats fire. If a fighter has an element that beats out their foe’s element, the stronger elemental attacker gets a +15-percent damage boost.

• Once a fight begins, you’ll need to refer back to the fundamentals of console renditions of Tekken. If you land the first attack of three-hit combo, keep tapping to land the other two hits. If your opponent blocks the first hit of that combo, don’t bother completing the whole combo. Or land a three-hit combo on a blocking opponent, then immediately activate a Waza Card to land a surprise follow-up attack. That tactic usually works since your foe will try to land an attack once your combo ends, which will then leave them wide open for an offensive follow-up. Play the long distance game to steer clear of incoming attacks and keep blocking when you’re not planning to land an attack. Fully charge up your character to land an unblockable maneuver (you can also choose to cancel it and land a normal attack or a different move altogether. Use this tactic to throw off your opponent and trick them into dropping their defenses.)

• Every character in the game comes with Waza Cards. These cards offer special attacks, such as Guard Breaks, Strikes, Launchers, and Throws. Using Waza Cards in conjunction with each other activates powerful Waza Rush combos that dish out maximum damage. Become familiar with your Waza Cards so you’ll have a better idea of the types of combos you can land. For instance, each character comes with a Waza Card that sets up an enemy for an air combo. Figure out which card that is so you always have a great chance of landing a four-hit air combo or an air combo that’s assisted by a Waza Strike card. Change up a character’s battle tactics by attaching different Waza Cards to their three available decks. Keep in mind that you can unlock additional Waza cards by collecting duplicate Fighter Fragments.

• Tekken’s roster consists of one to four-star ranked fighters. Unlocking new ones means you’ll need to amass 10 Fighter Fragments for any one of them. Leveling up a fighter means you’ll need to spend a certain amount of elemental currency. Once a character reaches a new level, they’ll unlock an upgrade point. Those points can be put towards equipping or upgrading an attribute tied to a fighter’s Strength, Agility, and Utility attributes. The skill nodes a character can unlock and upgrade depends on the star level of that character (three skill nodes per star level). So that means a two-star fighter can unlock six skill nodes, while a four-star level fighter can unlock 12 skill nodes.

• Once you use a point to pick up a certain skill, you’ll be tied to its upgrading skill point usage on a single node. Changing to another skill on that same node (which is the “Re-Spec Node” option) requires you to spend 50 elemental shards, so spend your upgrade points wisely. You’re much better off improving the fighters you regularly use instead of upgrading everyone you’ve unlocked. Upgrade your one- and two-star level characters near the early portion of the game so you can get through the first couple Story Mode acts. Then once you’ve collected a few three- and four-star fighters, switch your focus to making them the most valuable members of your team.

4. Give Your Fighters Time to Heal by Stepping Away From the Game or Just Heal Them With an Item

• During battles, your fighters will eventually take a few licks and have their life bar depleted. You’ll get healing items from time to time, so use them to get your fighters back to their maximum HP limit before you throw them into another fight. If you’re low on potions, spend some coins or gems on a Basic, Premium, or Epic Pack to get some more. Another method that’s great towards healing up your fighters is by closing the game altogether and coming back to it the following day. By that point, all your fighters will be well rested and back to full health. By the way, you can also collect revive potions and bring a fighter back from the dead if you really need them for an upcoming battle. Plus you can use multiplier items (Tekken Force mode fans should recognize that particular piece of chicken tied to multiplier items…) to increase the rate of experience a character attains during gameplay.

5. Start Playing Early to Get Those Exclusive Launch Rewards and Collect Your Achievement Rewards

• Now that Tekken is finally available on a global scale, the dev team has seen fit to reward longtime players and newcomers with special gifts. Be sure to check out the description below to see what type of rewards you can expect to get when you log-into the game on the following days:

• If you click on the trophy icon in the top right section of your screen, you’ll open the Achievements menu. This is where you’ll get a feel for the types of challenges you’ll need to complete. They’re all focused on beating Story Mode acts, winning with certain characters, dishing out a specified number of total damage, and hitting a particular hit chain number. After you’ve played the game for a lengthy amount of time, head back into the Achievements menu to see how close you are to completing any of them. Once any of those achievements have been fulfilled, collect your rewards from the Inbox. Speaking of the Inbox, be sure to pick up your Daily Log-In Rewards from there as soon as you enter the game. Your Inbox will also notify you of Level Up Rewards, so scoop them up once you spot that red exclamation point icon near the house in the top right right corner of your screen. 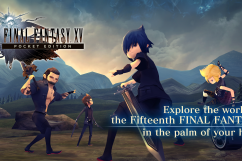