Food Fantasy is jam packed with a powerful group of warriors known as “Food Souls.”

Food Souls have to face off with several intimidating foes. These enemies are labeled as “Fallen Angels.” You’ll get used to facing them over time but once your Player Level hits 26, a new mode named after those baddies unlocks. Along with the Fallen Angels feature is another player level unlocked mode – Catacombs (click on the the following link to get a better idea of how this feature works). This special battle mode lets you collect “Spirits” as rewards, which can then be transformed into Fallen Angels. This process is done via the “Purify” or “Awaken” method.

The Purify method gives you a random Fallen Angel after waiting out a certain time period. If you want instant results, you can choose the Awaken option (be mindful of this speedy process, however – it usually ends in failure and is a waste of a newly acquired Spirit). Purifying your Spirits in order to change them into Fallen Angels is a much more preferable and safer method. Spirits are divided into four ranks – A, B, C, or D. The higher the rank, the better the Fallen Angel you’ll produce. You can also alter the personality type of the Fallen Angel you’ll produce by feeding a Spirit “Magic Food” during the Purification process.

After obtaining a Fallen Angel, you can attach any of them to your Food Souls. This in turn boosts the stats of that newly equipped Food Soul. Fallen Angels are capable of boosting up to four different Food Souls’ Stats. The first stat boost will be automatically unlocked. The three other Fallen Angel stat boosts unlock once you “Upgrade” a Fallen Angel to level 10, 20, and 30.

Food Souls have a preferred Fallen Angel they’d like to have equipped to them – fulfilling that request gives that Food Soul a 10-percent bonus stat boost. You can discover that particular detail by tapping on “Souls” from the main menu, examining one of your Food Souls, tapping on the Fallen Angels icon, and finally tapping on the cat icon marked “Special.”

Refer to the list posted below to see some of the Fallen Angels you should equip to certain Food Souls: 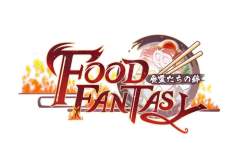 Read More
Android Apps, Android Games, Cheat Codes, Cheats, Games, iOS Apps, iOS Games, iPad Apps, iPad Games, iPhone Apps, iPhone Games, Mobile Games
Your Food Souls can get even stronger with the aid of Food Fantasy's beneficial Fallen Angels. Here's what they are and how to get them.