What comes with the Madden 19 Hall of Fame edition of the game? The first benefit is early access to the game with a August 7 release date rather than the standard version’s launch on August 10. The version features newly inducted Hall-of-Fame wide receiver Terrell Owens who is just one of five legends you can choose from along with Dan Marino, Brian Urlacher, Rod Woodson and Terrell Davis.

The Hall of Fame edition retails for $79.00, $20 more than the standard version. Here’s how EA Sports describes the package included with the expanded edition of the game.

Madden NFL 19 is set to take digital football to new heights with game-changing control to allow players to define every moment of their gaming journey. Along with that, the Hall of Fame Edition offers the best start to your Madden Ultimate Team.

Pre-order the Hall of Fame Edition to get in the game with three-day early access. Enjoy a head start on the domination and assemble a roster of NFL greatness. There’s no better beginning to a dynasty than a dynamic WR, like Hall of Fame Edition cover athlete Terrell Owens. With the pre-order, you can choose between Owens or four other NFL legends (Brian Urlacher, Rod Woodson, Dan Marino, and Terrell Davis) to be the cornerstone of your team.

MUT is more welcoming to new players than ever before! Compete against other MUT players in weekly Solo Challenge tournaments complete with a leaderboard reward system. Solo Battles will feature custom squads built by Madden DEVs, NFL athletes, celebs, & influencers. As you win, you will climb up the leaderboard, earning some great MUT rewards and getting a taste of competitive Madden without having to tackle online play. Weekly competitive content cadence for Solo players in MUT that is similar to the H2H MUT Champions (Weekend League) mode…This year marks the addition of MUT Squads Challenges, a vs. CPU mode where you can put together a 3-person team then take on the AI in a series of challenges with big-time rewards. As your squad comes together, you can take on even more challenging opponents for even greater glory. Compete with friends in online co-op challenges…MUT now allows you an even greater level of choice and control with Player Upgrades. By gaining Training through gameplay or quick-selling players, you can forge your own path by upgrading your superstars with custom chemistries and greater power. You can even reverse the process and get back your investments, making creating your Ultimate Team easier and more powerful than ever. More control and customization on player progression in MUT.

In addition to Madden Ultimate Team, there were also changes made to the run game, a new season of Longshot and an option for Draft Class Creator when playing the franchise mode. All this makes for a highly anticipated release of the football franchise. 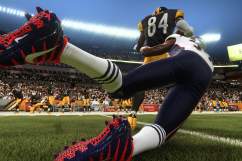 Madden 19 Release Date: What Time Can You Download Game Today?

Read More
Football, Madden NFL 19, NFL, Sports Games
What comes with the Madden 19 Hall of Fame edition? We explore the features, pricing and release date for the expanded Madden version of the game.