Madden 19 makes its worldwide debut on Friday, August 10 as the standard edition of the game is available. Madden 19 is available for download at midnight Eastern on PS4, Xbox and PC as the calendar turns from Thursday to Friday. For those hoping to grab a physical copy of the game, you will want to call your local retail store for their hours, and to make sure the game is in stock. EA Sports released the Hall of Fame edition of the game on August 7, but those who pre-ordered the standard edition had to wait until August 10 at 12 a.m. Eastern to download the game.

Amazon Prime members benefit from a 20 percent discount on the Madden 19 standard edition on the system of your choice making the price $47.99 instead of the normal retail price of $59.99. Target is running a promotion where you get a discount of 30 percent on already released games when you pre-order Madden 19.

While you don’t get all of the benefits that come with the Hall of Fame edition, the standard game comes with your choice of an elite NFL player from your favorite team and five gold team fantasy packs. What can you expect from this year’s edition of the game?

Here’s a look at some of the new features.

New this year to Madden NFL 19 are offensive and defensive schemes, as well as player archetypes. Hop into a franchise as a coach or owner and pick your offensive and defensive schemes, then start training up your players using the new archetype system (or find new players via free agency, trades and the Draft) to fit your scheme…If you can imagine it, you can Draft it. Build your own custom Draft Classes for use in Franchise by creating fictional characters from the past, present, and future or by editing Draft Classes shared by the Madden Community. When Scouting starts in Week 3 of the regular season, you will be prompted to either use an auto-generated class, download a class, or import a locally-saved class. Download and import any time Scouting is available, even if it’s later in the season, using Madden Share. This was the #1 requested feature requested by our Franchise community.

Longshot: Homecoming is a continuation to last season’s game, and fans will notice Colt Cruise has an increased role in the mode. EA Sports detailed this year’s Homecoming theme.

When we last saw Devin Wade and Colt Cruise they were struggling to make an NFL roster as late-round draftees. A year later Devin is barely hanging on in training camp and Colt is back in Mathis. Catch up with the former reality TV stars and see where their journeys lead them in the conclusion of Longshot. 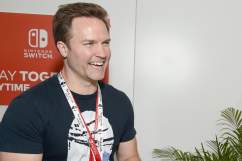 Read More
Football, Madden NFL 19, NFL
When is the Madden 19 release date? What time can you download the game? Find out all the details on Madden NFL 19 as the standard edition of the game launches.